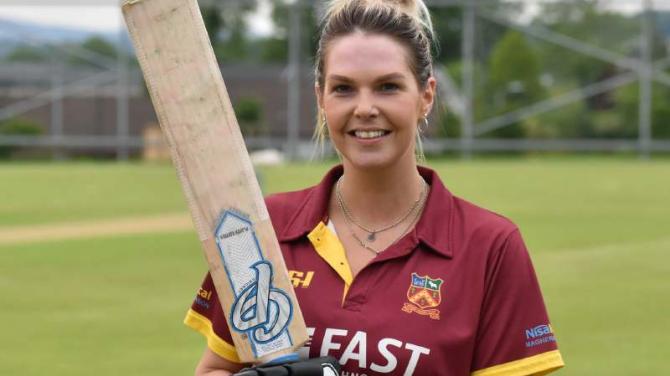 JEMMA Rankin starred with bat and ball as Bready beat Strabane Saints to go clear at the top of the NW Women's League.

There were also wins for Fox Lodge, who ended Eglinton's unbeaten start to the season, while Coleraine won again at home to Killyclooney.

Rankin hit five fours and two sixes in her unbeaten 58 as she helped the Magheramason side - missing Alana Dalzell who was at a trial game in Dublin along with Zara Craig - recover from 30 for 4 to post 131 for 6.

There were also useful contributions from Abbie McKnight (19) and Rachel Hepburn (14*).

Strabane Saints chase never got going as they finished on 71-6; two wickets apiece for Jemma and Sophie Killen.

Alice McLaughlin struck in the first over, but an unbroken stand of 70 between Emma Allen (36*) and Lucy Neely (18*) sealed the win in emphatic style.

At Coleraine, Killyclooney made 77 for 3 in their 16 overs, runs for Chloe Nixon (17) and Cody Wallace (16) - two wickets for Chloe Torrens.

Eva Gaston top scored with 34 and Kia McCartney 29 in a nine wicket win.