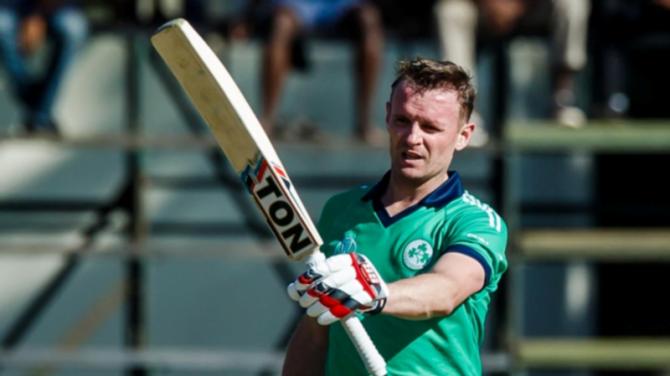 DONEMANA'S William Porterfield has been appointed as assistant coach to the North West Warriors where he will work alongside newly appointed head coach, Gary Wilson.

The former Ireland captain will also assist with the Emerging Warriors squad and pathway players in the NWCU. He will combine his coaching role with his existing playing commitments with the Warriors.

As with the move to bring in Wilson, this is some coup for the region. Porterfield is without doubt one of the most respected cricketers in the game in Ireland and the pair have obviously been brought in with a view to reinvigorating not only the Warriors senior team but also the pathway locally.

The two close friends - they have played together since Ireland Under-13 level - have a total of 593 international appearances between them and while Porterfield hopes to add to his tally of 301 caps, he is excited by his new coaching roles.

"I'm really excited about this new role within the provincial system in the North West," said Porterfield.

"I had a bit of a taste of coaching with the Birmingham Bears last year, and am looking forward to working with some of the North West's most talented players - being able to pass on knowledge and experience from a coach's perspective.

"It will be a bit different being a coach while still playing, but it's going to be a great opportunity and I can't wait to get stuck in."

Peter McCartney, NWCU general manager, said that these were exciting times for cricket in the area.

“I have been liaising very closely with Gary since his appointment and we are delighted to bring in William as Assistant Coach of the Warriors.”

“To have someone of his experience and knowledge working with our players is a great addition for the Union. He’s a player that has come through the club game in the North West with Killyclooney and Donemana, to go on and have a fantastic county career and captain his country a record 253 times. For our younger emerging Warriors players, he’s the perfect example of what can be achieved through talent, hard work and commitment.”

“We are excited to see what Gary and William can bring as a coaching team and it’s another important step as we look to grow our Performance Hub in the North West. I’d also like to thank Cricket Ireland for their assistance and understanding to help William combine his Ireland commitments with his new Warriors coaching role.”

The Warriors start their campaign on May 6 with a home game against Munster Reds at Eglinton.