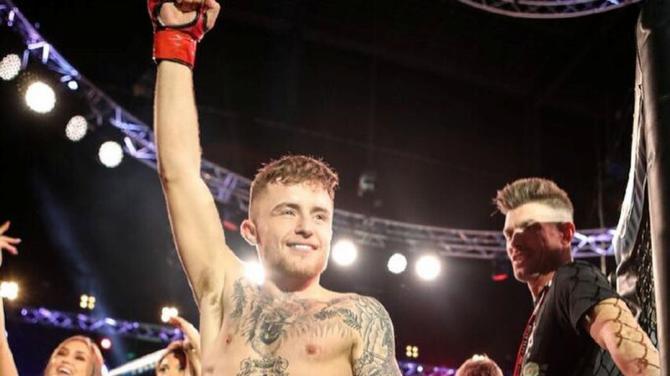 STRABANE'S James Gallagher will fight Cal Ellenor in the main event of Bellator's Dublin show in February next year.

The Strabanimal (10-1) was meant to fight Ellenor (8-2) in September but the Sunderland man was forced out of the fight with an injury.

Ellenor was stood down for the fight over a medical error, with Gallagher beating Roman Salazar with a first round choke in his absence.

The fight will take place at the 3Arena on Saturday, February 22.

Gallagher suffered his first professional loss in 2018, but after three consecutive wins, he remains unbeaten in 2019. He’s now chasing his 11th career win from a possible 12, pushing him ever closer towards bantamweight title contention.

The 23-year-old also won his previous two Bellator appearances in Dublin via first-round submissions. In September, he finished off late replacement opponent Roman Salazar with a choke inside 15 seconds.

England’s Cal Ellenor steps into the Bellator cage for the first time in over a year, having last fought at Bellator Newcastle in February. With six of his eight wins coming via submission, fans can expect Ellenor to provide Gallagher with a stiff examination of his ground game, as two closely matched styles collide.