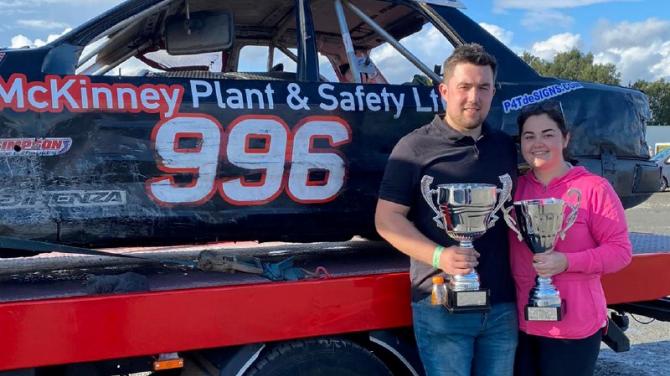 The weekend saw an elite contingent of oval racing drivers from near and far assembled at the venue for the two day event all hoping to lift silverware.

The event on Saturday saw the British title up for grabs.

After two heats of heavily contested racing James qualified fifth on the grid for the big final.

The final saw more than it’s fare share of thrills and spills with James finally finishing third over the line to achieve a well deserved podium finish.

Again after two heats of very tough qualifying races James was placed fourth on the grid for the final.

Racing was fast paced from the off with everyone’s sights firmly fixed on the title where no one conceded an inch, however it was to be James’s day as he crossed the line in first place to be crowned the Irish Open Champion 2022.