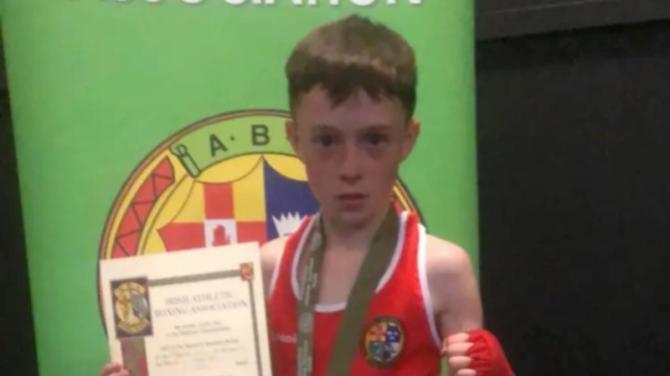 Daithi won via unanimous decision against a plucky opponent from Cork

This is the Gallon lad's second Irish title this season having previously won the Irish Schoolboy title in April.

There were some glimpses of class from McNamee and many neutral observers in the stadium praised his skills.

Teammates Conan McSorley and Tom Joyce both exited at the semi-final and quarter-final stages, both losing to eventual winners of the tournament and stand out opponents.

Conan is on the younger age bracket and will be in a strong position for next year's competition.

He gave a good performance in his quarter-final beating a strong Munster opponent whilst Tom had beaten a good lad from Kilkenny in his prelim.