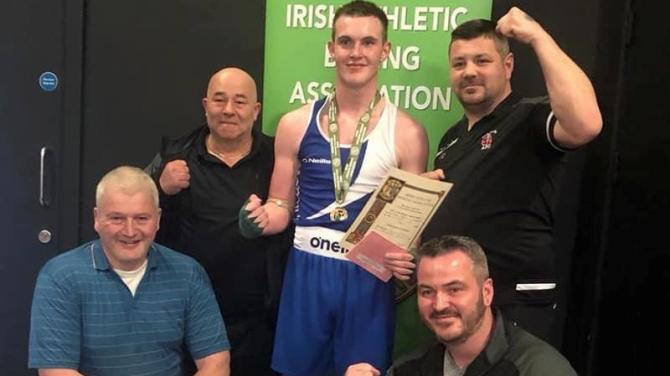 The Tattyreagh pugilist beat Shane Lawlor, Kilcullen, in the quarter-final.

He then faced his old rival Ryan Murphy. The Tyrone southpaw gave a masterclass to comfortably beat the European youth representative from Neilstown, Co Dublin.

In the final a composed display saw Callum take the first two stanzas versus Daniel Ramsey from Emerald, Belfast.

Knowing that only a stoppage could win him the bout, the Antrim lad threw everything into the last round but McGillian used all the defensive skills that he has honed in recent months to have his hand raised for his forth National Title.

Coach Darren Donnelly had a reassuring yet demanding presence in Callum's corner over the three days of boxing and Callum boxed his tactics to perfection.