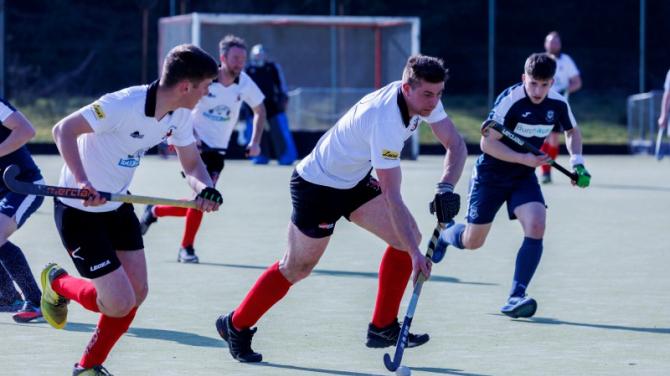 NORTH Down came into Saturday's game knowing if they didn’t win they would be relegated, while Raphoe now need to defeat Mossley this weekend and hope other results go their way in order to maintain their Premier Division status.

The day didn’t start well for Raphoe as before the game news broke of Zack West was out with injury and a late fitness assessment on Lecky was required. Raphoe drafted in Watt, McKnight and McGonigle as backup.

North Down dominated the opening quarter and an early slip at the back nearly resulted in Raphoe falling behind within the first 30 seconds but Moore did well in the Raphoe goal.

Seven minutes into the game however, they did concede what was to be the first of two goals against them in this first quarter.

A goal from open play and a penalty corner. The second quarter didn’t improve with an early goal leaked in to make it 3-0.

James Wilson pulled one back for Raphoe soon after to give the Donegal men a glimmer of hope in the scorching sun after good work from Lecky.

It was short lived though as just before half-time, North Down hit the post but the rebound was converted to make it 4-1.

Raphoe did however hang on with the fewer players and when returning back to strength played their best quarter of hockey.

The North Down keeper was having to make several superb saves with Goudie and Watt going close.

Raphoe soon got their reward when a penalty flick was awarded for a reckless challenge on James Wilson.

Alan Meehan cooly slotted in to make it 4-2 with the one quarter remaining.

Despite an onslaught of pressure from Raphoe in the opening stages of the final quarter the match ended 4-2 and Raphoe will travel to Mossley knowing a win may not even be enough.