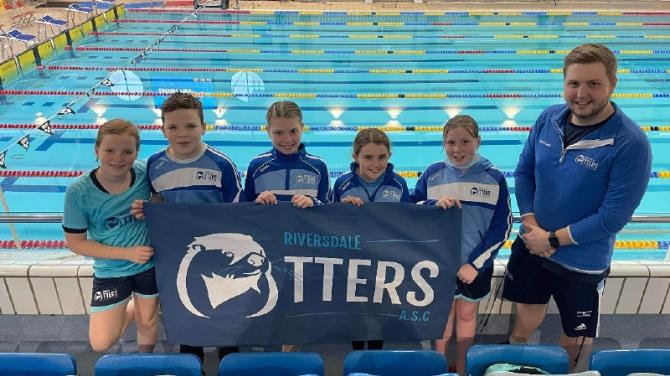 AFTER hearing how well the older swimmers had performed the previous week, Riversdale Otters' younger swimmers selected from the Skills & Silver Squads, aged between 10-12, were entered into the Swim Ulster Future Challengers Meet which was held in Lisburn.

A club spokesperson explained: "This pitched them in against other same aged swimmers from throughout the nine counties of Ulster.

"These are the types of meets where you can get a good foundation for competitive swimming. It extracts you away from the comfort zone of your own training sphere and enlightens you to what is required to be able to compete to a good level.

"The five kids who ventured to the meet were Lia Kennett, Ultan Kennett, Mollie McBeth, Aoife O’Hagan and Annie Duffy accompanied by and under the watchful eye of Regan Gallagher, club coach. There were also parents assisting."

Each swimmer had three races each so 15 in total whilst representing Riversdale Otters ASC.

The kids swam and gave everything in each of their swims, as shown by data below showing all swimmers performed excellent on the day.

Annie came first in 25m Kick and second in 100m FC. There were also top ten finishes for Lia, Ultan, Mollie and Aoife.

In relation to Personal Best (PBs) times, they have smashed not only the finished time but also on the splits mid race into the bargain - superb swimming.