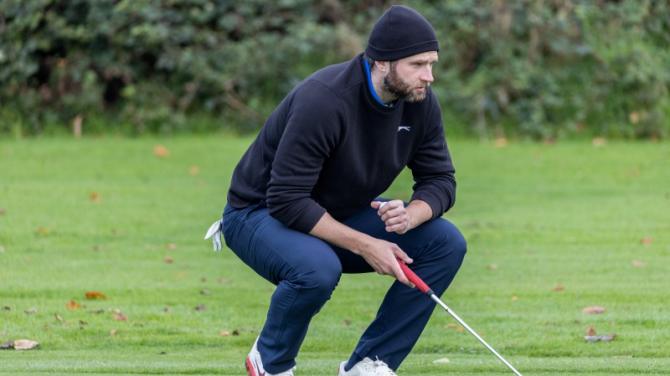 Despite always being a popular event, highlighted by last season’s bumper entry, this year has gone another step further with a likely-record almost 60 pairs all fancying their chances of annexing the coveted title before the year is out.

With a surge of both new and returning enthusiastic members coming on board since the start of last season it was always anticipated that this year’s entry would again be impressive, but needless to say expectations have been exceeded.

The huge numbers forced Competition Secretary Patrick McCrossan to again get the thinking cap on to accommodate them all in an effort to ensure that playing time is maximised for all throughout the tournament. As a result, last year’s successful format has been repeated, which will see the existing group stages of three and four pairings play a round of fixtures each over the first few weeks, with standings at the end of this period dictating how teams will progress.

There will then be a tiered approach for the second group phase of the tournament, with the top two pairings progressing to our ‘Champions League’, whilst the bottom two teams will find themselves in the ‘Europa League’.

A spokesperson said: “This all sets the scene for a cracking competition this year in which we wish all competitors (and organisers!) the best of luck.

“The opening round of matches took on Sunday morning, and with the odd surprise result thrown into the mix it leaves the discussion re favourites and potential winners wide open. We can only hope that we get similar conditions in the weeks to come but we can be certain that the spirit of the event will be maintained, as per its namesake would have, regardless of the weather.”

Saturday saw another club competition, where Patsy O’Donnell (22) came out on top with 45 points. Keith Patterson (10) had a fine back nine to secure Category 1 with 41 points, whilst Colin McCafferty (14) went one better taking Category 2 with 42 points. Foncie McNally (20) and Adrian Moore (28) rounded out Category 3 and Category 4 with 41 points and 40pts respectively, whilst Enda Kennedy (0) posted -3 to taker the gross.

The preceding midweek saw week five of this season’s Thursday Club, where again good scoring was the order of the day. Luke McGeehan (17) continues his impressive showing in this year’s series with a fine 45pts (44 nett after Thursday Club deduction) to take top spot. Damien Carey (14) took Category 1 with 40 points, with Paul Harley (15) winning Category 2 with 39 points. Liam McCool (27) topped Category 3 with 42 points, while Danny McGinley (28) supplemented his birthday celebrations by claiming Category 4, posting half his age returning 41 points! Aidan Corry (11), Ronnie Wiley (14) and Damian Roarty (8) closed out the prizes for the non-Thursday Club members.

The three respective matchplay tournaments were also wrapped up in recent weeks having also proved very popular throughout the year. In the lowest handicap category knockout, the Jones Cup, Damian McGranaghan capped a fine season by getting the better of Cathal Patton in the final to secure some silverware to accompany his Jimmy Bruen All Ireland bronze medal.

In the Gallagher Cup, Paul Cooke managed to best Frankie Gallagher to claim the title, and in the Lawson Cup it was another near miss for Brian Kelly as he was edged out by the ever-improving Kevin Patterson. Commiserations to the beaten finalists and congrats to our winners.

The season long Golfer of the Year also wrapped up in recent weeks when the programme of sponsored qualifying events ended with the Label Menswear open. With standings tight at the top heading into the final event it left things wide open for someone to post a score and get the job done.

And it was Richard Patton who would duly oblige. Richard posted a best of the day 42 points to claim maximum points in the final event and top the pile in style, just reward for the steady golf that he has displayed all season. Barry Patterson’s fine season meant he secured the runners up spot, despite being unavailable for the final competition.

Upcoming golf sees the Monday Teams and Thursday Club progress, with Club comps also continuing on Saturday and the Winter Cup each Sunday. Council will continue to liaise with greens staff to keep the qualifying conditions and full course open for as long as possible before reverting to our winter set up.

The spokesperson continued: “Off the course, vice-captain Tommy Forbes made the decision earlier this year to hang up is apron after almost 30 years of catering for our members, not to mention the regular Sunday lunchers and frequent functions and events in between. We thank Tommy for his years of service and wish him good health to enjoy his future endeavours.

2We’d like to now wish the best of luck to club member Johnny McGillion as he embarks on his latest venture by taking over the kitchen at the club under the moniker of Parkland 33. Promotion has been put on the club’s social media outlets with regard to menus, opening hours, bookings etc, and we encourage all to support Johnny and his ambitious team as they set to open their doors this coming weekend.”