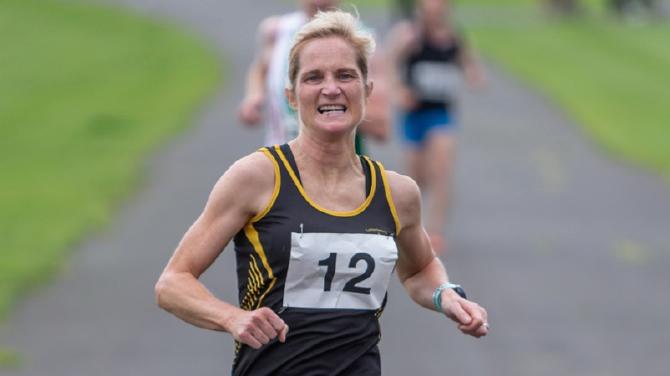 FOUR seconds - that’s all that separated Strabane athlete Ann Marie McGlynn from qualifying for the Olympics.

The Letterkenny AC star ran a stunning new personal best of 2.29.34 at the Wrexham Elite Marathon on Sunday, taking three minutes off her previous record, set in Dublin in 2019.

It was also a new Northern Ireland Marathon record.

However, while her time hit the Commonwealth Games Standard by over two minutes, cruelly it missed out on the Olympic standard by just four seconds.

Ann Marie could still squeeze into the women’s marathon field at Tokyo, but it’s unlikely as more than the maximum field of 80 athletes have already achieved qualifying times.

“So close yet so far," said Ann Marie.

"I am gutted beyond belief but I'm also very grateful to cross the line in 2.29.34, albeit four seconds short of the qualifying time for Tokyo Olympics.

"I started 2021 with new beginnings under my new coach Emmett Dunleavy and I can honestly say he left no stone unturned. I stood on the start line fit and fresh, ready to run sub 2.29.30.

“There was lots of blood, sweat and tears along the way but I can honestly say that I left everything out there on Sunday.

"I have to be honest in saying that Sunday was bittersweet for me; a day where I ran the race of my life but a day where I came up four seconds short to get to the Olympics, something I’ve dreamt of as a young girl."