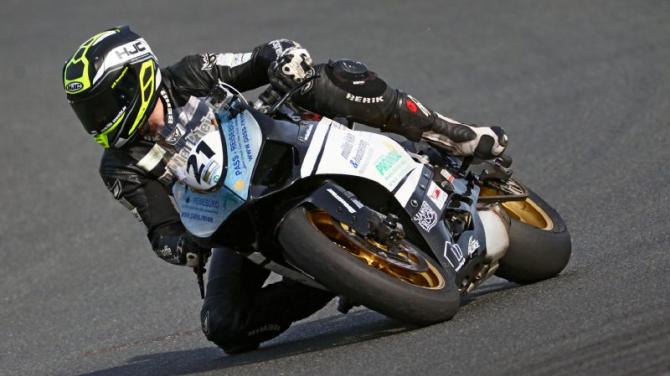 THE name Schumacher is synonymous with motorsport, and certainly well to the fore in motorsport news this past few weeks with Mick Schumacher, son of seven-times world champion Michael Schumacher, clinching the Formula Two world championship last weekend, just days after signing for the Haas F1 Team for the 2021 season.

However, it won’t be Mick Schumacher that is coming to Cookstown but his namesake, Frank Schumacher, who is a two-time German Pro bears Championship winner.

Along with his team, FS Racing, Schumacher is planning to enter the real roads scene for the first time in 2021, with the aim to sample Irish roads action at the KDM Hire Cookstown 100, which will hopefully be on the 23rd & 24th April..

For his prospective maiden roads adventures, Schumacher will be limited to the Senior and Junior support classes, along with the Supersport 300 class. However, the German has raced exotic machinery in the form of KTM, Ducati’s respective RC390, 899 Panigale steeds.

Targeting Lightweight and Senior Support class competition at Cookstown, he’s hoping to have the support of none other than TT Races super fan Wheelie Konni for his opening roads course tilts.

The popularity of pure road racing in Germany is increasing every year and it’s great to see this ambitious German racer looking to take part in the KDM Hire Cookstown 100.

Next years event has been pencilled in for 23rd/24th April, with a later date in September, if the original date is unable to be used due to the ongoing Covid-19 situation.

Keith Carson, who sadly passed away last week, was a former member of the local Cookstown & District MCC. During his years in the club, Keith acted as a delegate to the MCUI (Motorcycle Union of Ireland), where he played a major role in road safety implementations.

A keen follower of the sport, introduced to him by his late father, Keith later moved to England where he worked in heavy industries, before returning home and setting up his own railway sleeper manufacturing business.

On his return to Northern Ireland his love for road race was rekindled, and within a few years Keith became an active official at all road races.

Unfortunately, in recent times, Keith stepped down from official duties due to failing health. To the Carson family circle, I offer my deepest sympathies.