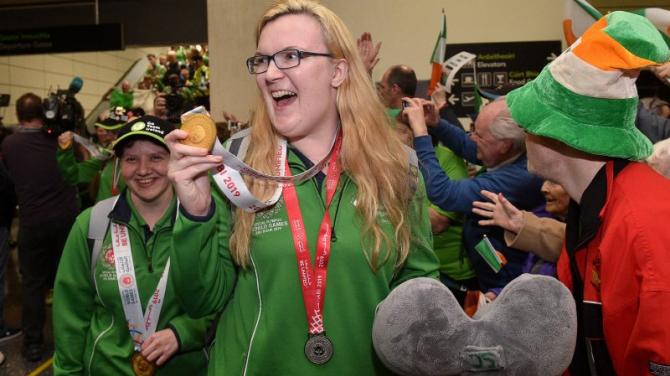 STRABANE'S Siobhan McCay is still coming down to earth this week after playing a key role in Team Ireland's fantastic gold medal triumph at the Special Olympics World Games in Abu Dhabi.

Talented basketball player, Siobhan, who has been involved in the sport for over 12 years and is a player with the North West Special Olympics Club, based in Letterkenny, was among the 91-strong Team Ireland Squad.

She was joined on the trip by her step-father and assistant basketball coach, Tommy McCay, who joined Team Ireland as a coach/chaperone.

Her coach, Bill McIntyre, said her club was very proud of not only Siobhan, but also Convoy's Leon McDaid who achieved a bronze medal in the men's basketball competition.

"It's a great achievement for both members and greatly deserved. They have shown great will and determination to get this far."