Gold for Siobhan! Ireland overcome Bharat to take the honours 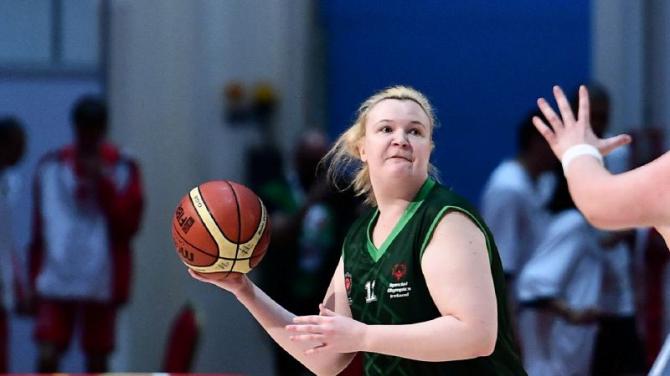 Siobhan’s success is the latest for locals to toast following the superb seven-medal haul scooped by Letterkenny gymnast Patrick Quinlivan.

Involved in Special Olympics since Easter 2006, Siobhan initially played netball before discovering a talent and passion for basketball.

There are 7,500 athletes from 190 countries competing across 24 sports in the Games, which are the biggest sporting and humanitarian event in the world this year with Convoy man Leon McDaid a part of the Ireland men’s basketball team.

Talented basketball player, Siobhan, who has been involved in the sport for over 12 years and is a player with the North West Special Olympics Club, based in Letterkenny, is among the 91-strong Team Ireland Squad.