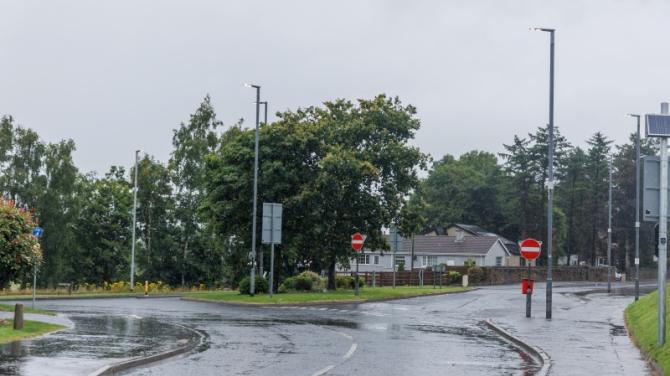 HOMEOWNERS are failing to see the bright side on Strabane's Derry Road where street lights have been switched on for 24 hours a day.

The lighting along the thoroughfare - the main route into the town centre - has been continuously illuminated for over a month, according to one local resident.

The local, who preferred not to be named, said the lights have been burning "needlessly" despite repeated reports to roads officials.

However, it appears that there could now be light at the end of the tunnel as the Department for Infrastructure (DfI) has confirmed that work to repair a fault is programmed for this week.

Speaking to this newspaper, one frustrated resident explained: "On two occasions I have emailed the DfI Roads about some street lights being constantly lit at the Derry Road and at the nearby junction with the bypass

"When I first emailed DfI Roads these lights had already been lit for a couple of weeks and this prompted my action.

"Following my second email I received a telephone call from an officer advising that they were aware of this matter and explained that a cable had to be repaired/replaced and, in the meantime, it made better sense for them to be lit constantly rather than be off when they were most needed.

"I was advised this issue was receiving attention....Overall, these lights have been on constantly for at least a month.

"It has become frustrating to watch them burn needlessly."

Strabane independent councillor, Raymond Barr, has also spoken out on the matter.

He says that at a time when it's claimed resources are stretched, the department cannot justify allowing the situation to continue.

"Quite a few people have contacted me regarding the fact the street lights from the Derry Road leading right into Abercorn Square have been on 24/7 for the past few weeks," he said.

"Despite the fact the problem has been reported, the lights are still burning.

"At a time when DfI use the 'lack of resources' line for their inability to do maintenance work, surely this problem should receive immediate attention."

The DfI were asked to comment on the issue.

A spokesperson said: "The street lights at Derry Road, Strabane, were left switched on due to a fault in an underground cable, which is programmed for repair this week.

"The department appreciates the importance of conserving electricity and is constantly reducing its consumption through energy saving measures.

"However in this instance it has been necessary to leave the lights switched on during the day, in order to ensure the area was not left without lighting at night, until the fault can be located and repaired."