Youths urged to ‘stay away’ from dilapidated building 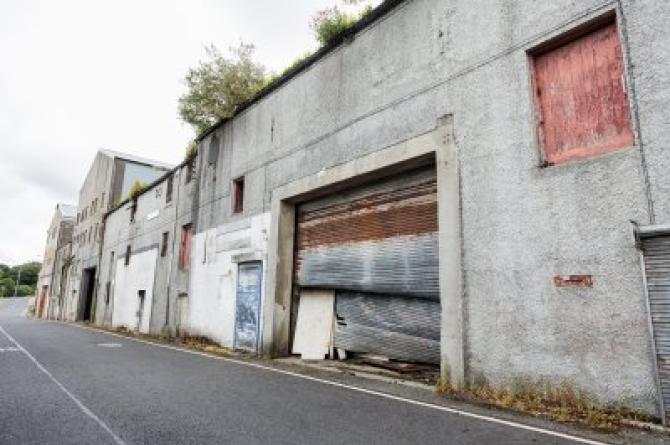 YOUNG people are risking serious injury by continuing to enter a derelict building in Strabane.

That was the warning sounded this week as the dangers of the old Smyth's Mill have come to the fore again following reports that youths are continuing to enter the complex.

The former mill site on the Derry Road, which has stood for over 100 years, has lain vacant for years.

It has fallen into a serious state of disrepair, with extensive damage caused by repeated arson attacks.

A known hotspot for anti-social behaviour, it has been problematic for many years with young people known to repeatedly break into the premises - even after attempts have been made to secure it.

The site has been boarded up on numerous occasions but despite best efforts to block off access points, this week the dangers posed by the dilapidated building have been brought into focus once again with groups of young people observed entering via the rear of the building.

Police in Strabane say they are aware of previous issues regarding the site.

Urging young people to stay away, they say they are putting themselves at risk if they continue to enter the large structure.

Sergeant Harkin said: "Officers engaged with the owner of the building and measures were put in place to secure it in order to stop young people from entering the premises.

"Derelict buildings by their very nature can be unsafe and we do not want to see anyone being injured as a result of being inside or close to this building.

"If you are aware of any anti-social behaviour issues within this area, please report the matter to police by calling 101.

He says the site, which will ultimately be redeveloped under the City Deal plans for the wider Dock Street area, must be properly secured.

"Over the past few weeks in particular, my office has received a number of complaints about young people entering the former Smyth's Mill," he said.

"This is hugely dangerous given that state of the current building and young people, as well as parents, need to be made aware of this.

“It’s my concern that there could be a very serious accident at the site unless it is properly secured.

"This site needs to be secured and I’ve spoken to the relevant authorities and individuals on this to make sure it happens."

He added: “This has been an on-going issue for a number of years. In the future, this site forms part of the City Deal and will be redeveloped as a result.”