No ‘specific plans’ for modernisation of town’s courthouse - Minister 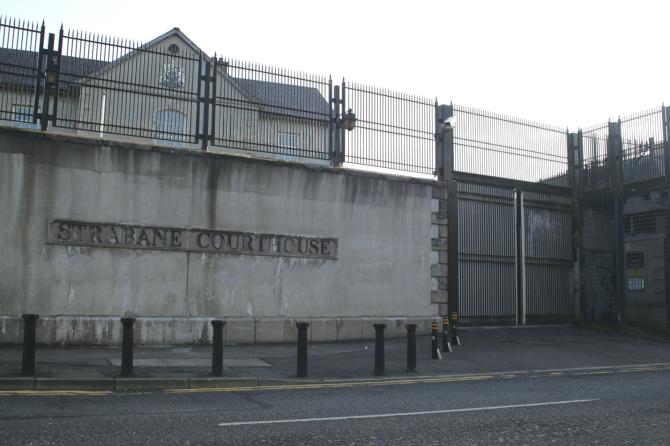 THE Justice Minister says there is "no specific plans" for the modernisation of Strabane Courthouse despite a lobby by local politicians and council.

In recent months calls have intensified for the demilitarisation of the Derry Road structure as well as the town's heavily fortified police station.

A motion on the issue was brought forward to Derry City and Strabane District Council by Strabane independent councillor, Paul Gallagher, last September where the court building was described as a "relic of the past".

In a subsequent missive to council in response to the motion, Naomi Long said a security assessment - which is conducted on a regular basis - was due to be concluded at the end of the calendar year.

The Minister has also been pressed on the issue of the courthouse in the Assembly with West Tyrone SDLP MLA, Daniel McCrossan, asking via a written Assembly question "for an update on the modernisation of Strabane Courthouse."

Ms Long confirmed that there is presently no work programmed, but said any future proposals for an overhaul of the structure will be considered under the Northern Ireland Court and Tribunal Service's (NICTS) North West Accommodation Solution Project, which has stalled due to the pandemic.

"There are currently no specific plans for the modernisation of Strabane Courthouse," the Alliance Party politician said.

"In 2021, the Northern Ireland Courts and Tribunals Service published a Modernisation Vision Statement, including a commitment to taking forward a major capital project to deliver modern, flexible court and tribunal accommodation for the North West.

"This project has been initiated to evaluate investments in the NICTS facilities in this region, which includes Strabane.

"Work on this project has been curtailed due to the COVID-19 pandemic, and remains at an early stage.

"As such, it is not possible to make any unequivocal statements regarding investments or initiatives in any specific building."
Reacting to the Minister's comments, Daniel McCrossan said he was disappointed there is no specific plan for Strabane.

"The old militaristic and backward character of both Strabane's Courthouse and the PSNI station need to be addressed," he said.

"These are meant to be buildings representing the justice system and should not be a relic of the past.

“I have made my views clear to the PSNI and to the Department of Justice that Strabane needs modern, friendly and welcoming buildings.

"It’s very unfortunate that this has not happened to date."

He added: “While the Minister has confirmed that work will begin in the North West in modernising courthouses, it does not specify Strabane which is disappointing. I will continue to lobby the Minister and the department in this regard.”

The Strabane building has faced closure twice in recent years with both attempts staved off following a high profile campaign by politicians and the legal profession.

Most recently in 2016, the then Justice Minister David Ford announced that Strabane was one of five court buildings to close in a cost-saving exercise - a decision which was later overturned by Ms Long.

During the pandemic, Strabane's court business had been conducted in a hybrid format at Omagh Courthouse, with defendants and their legal representatives able to attend court via sightlink or in person if required.

The temporary relocation of court business to Omagh had prompted speculation that this could become a permanent arrangement, but business resumed in Strabane earlier this year, with court hearings conducted in a similar hybrid format.