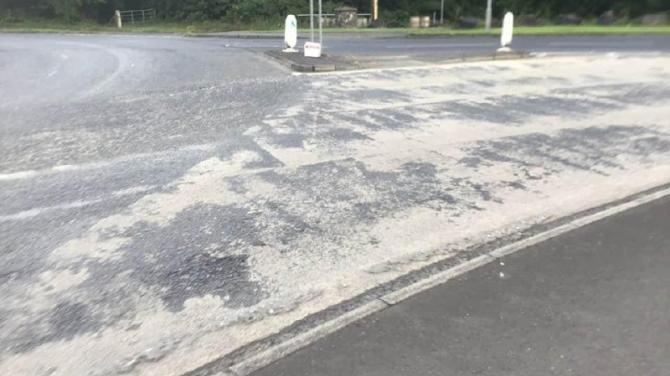 "THIS is an accident waiting to happen".

That's the warning from a Strabane councillor who says that unless action is taken to address the worsening state of roads markings in the town, someone will be seriously injured.

Independent councillor on Derry City and Strabane District Council, Raymond Barr, has been making representations to the Department for Infrastructure (DfI) on the matter.

He said there is a need for a review of road markings across the district.

The junction of the Woodend Road and Derry Road, and the junction close to the Asda roundabout are just two he says need urgent attention.

As shown in the photographs, the markings are barely visible.

"These are two examples of busy junctions in Strabane where the white stop/give ways lines have completely disappeared," councillor Barr said.

On raising the issue with DfI, councillor Barr was told: “The department is currently preparing a list of roads within the town centre for refreshing of the road markings.

"Any areas identified as requiring refreshing will be completed subject to available resources.”

The Strabane councillor says the position is unacceptable and the issue must be addressed as soon as possible.

"This is an accident waiting to happen," he warned.

"If someone gets seriously injured or worse, will the state of these junctions be taken into consideration when proportioning blame?.

"Asda roundabout and the junction where Woodend Road joins the main Derry road (pictured) are perfect illustrations of the dangers this neglect presents."