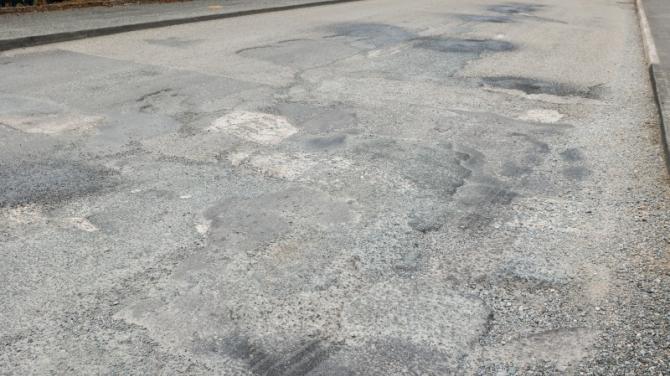 ONE of the town's worst road surfaces will be brought up "to an adoptable standard" and repaired, the Infrastructure Minister has said.

For years the potholed surface around the Dublin Road Industrial Estate has been the focus of repeated calls for resurfacing works, but it is not adopted by the Department of Infrastructure (DfI).

John O'Dowd says work is ongoing to remedy that and he has confirmed his department has programmed work subject to the successful outcome of the relevant legal process.

He was speaking in response to an Assembly question from West Tyrone SDLP MLA., Daniel McCrossan, on the issue.

"My officials advise that although the Dublin Road Industrial Estate is not currently adopted by my department, an agreement in principle for the road to be brought up to an adoptable standard has been obtained," the Minister said.

"Following the satisfactory resolution of legal issues associated with the adoption process, it is my department’s intention to resurface the Dublin Road Industrial Estate later this financial year, subject to the availability of contractor resource following the successful award of the new interim measured term surfacing contract."

It comes after the Minister confirmed that road schemes across the district should commence following the announcement that road resurfacing contracts have now been signed off on.

Last year it emerged that schemes in Castlederg, Newtownstewart and Strabane collectively valued at £1.4 million, were among many others across Northern Ireland facing delay due to a legal challenge.

DfI had to re-run competitions after three unsuccessful tenders issued a legal challenge and this delayed the award of contracts until this year.

Phase one of the department’s interim asphalt resurfacing procurement strategy, which consists of resurfacing contracts for Magherafelt, Omagh, Dungannon, Strabane, Down as well as Newry and Mourne, have now been awarded.

Details of the resurfacing programme in the Strabane area for the 2022/23 financial year will be included in the department’s report to Derry City and Strabane District Council which is now being finalised following confirmation of the division’s 2022/23 contingency funding allocation.

Meanwhile, Mr O'Dowd further revealed thar over £38m was spent on road maintenance in the Derry and Strabane area over a recent five year period, from 2015-16 to 2019-20.

The total expenditure on the local roads network in that period was £38,353,000.

The details were released in response to an Assembly question from Foyle DUP MLA., Gary Middleton.

"Outturns will have been determined by budget availability and capacity in a given year,". Mr O'Dowd explained.

“My officials meet with council officers to provide an update on expenditure in their area and these reports are available publicly on my department's webpage."