New Look staff 'let down' by company as closure looms 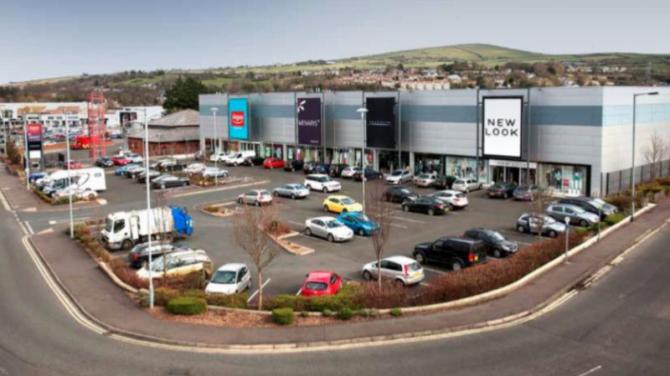 STAFF at New Look in Strabane say they feel "let down" by the company as the store prepares to close its doors next week.

German supermarket giants Lidl are preparing to demolish the units on the site of Strabane Shopping Park to make way for a massive new store when it takes over the lease this month.

The 3.7 acre retail park site currently has four units which are occupied by Argos, New Look, Peacocks and Menarys.

Of the four, only Argos has secured an alternative premise in the town centre.

Menarys has confirmed their closure, while New Look has also confirmed its closure with the loss of 20 jobs despite indicating that it wants to remain in the town.

The retailer has now concluded a redundancy process for its loyal workforce.

It's understood a number of potential sites have already been recommended to the retailer during months of negotiations between union and political representatives, but the popular store will close on July 19, with local campaigners claim the company had not "proactively engaged" with attempts to find new premises.

Speaking after the final consultation meeting between staff and the company last week, a joint statement from the New Look workers stated: "We feel New Look has let us down really badly over the course of the last three months.

"Since New Look received formal notice of lease termination from Lidl in April of this year, we have been drip fed minimal information on our future employment with the company.

"We feel the company has behaved in a secretive and underhanded manner during the entire process of redundancy."

Staff said that since news of Lidl's takeover, options to attain a new unit had been forwarded to the company but "nothing was acted on".

"We feel the behaviour of the company regarding the possible relocation of the store has also been secretive and less than forthcoming," they continued.

"To date, we have been made aware that New Look has not approached any of the local owners of properties forwarded to them by MLA's and an MP.

"We are also aware that New Look has not been in contact with the owner of the proposed new build units behind our current site location....We have yet to be made aware of even one approach made by New Look to potential owners of suitable locations."

They said they felt they had been "kept in the dark completely" and "it would appear the reason for that is the company were never genuine about relocating within Strabane and saving our jobs."

The statement also criticised the redundancy process initiated by the company

"We again reiterate our request for an enhanced redundancy package and ask the company reconsider their position of saying no to everything we have been seeking," they added.

"Unfortunately, there has been enormous damage done to New Look's reputation here locally which is evidenced not only by the numerous emails of support from customers but also by the massive support we've all received from the wider Strabane community.

"Corporately, New Look won't care about the Strabane store or the staff that worked and built it up to becoming a highly profitable location.

"That is a really sad way for us to feel as we depart this company. Some of us have dedicated a large portion of our working life to this company.

"We are devastated to fully appreciate how we meant so little to this company.

"Our mental and physical health has been affected as a result of this.

"Therefore, as we leave our employment the overall feeling of betrayal by New Look will be how we remember our final few months working for a company we thought we knew and loved."

Responding to the criticism, New Look insisted that its preference was to remain in the town but they could not find a "commercially viable alternative location".

A spokesperson for the fashion retailer said: “Unfortunately, with Lidl having taken over Strabane Retail Park as landlord, they have chosen to develop the site and given New Look notice of closure.

“The closure of this store is not driven by New Look and we have never had any desire to leave the town - we have loved being part of the local community.

“Our preference has always been to remain in Strabane and we have continued to assess all available options.

"However, we are yet to find a commercially viable alternative location, and nor has any such location been forthcoming.

“Given this, we have regrettably had no choice but to enter into a consultation process with our New Look team in Strabane.

“We understand how difficult this must be for our colleagues in Strabane and this process in no way reflects their hard work, dedication and professionalism.

“As the consultation remains ongoing, we continue to support our affected colleagues and offer alternative roles wherever possible.”