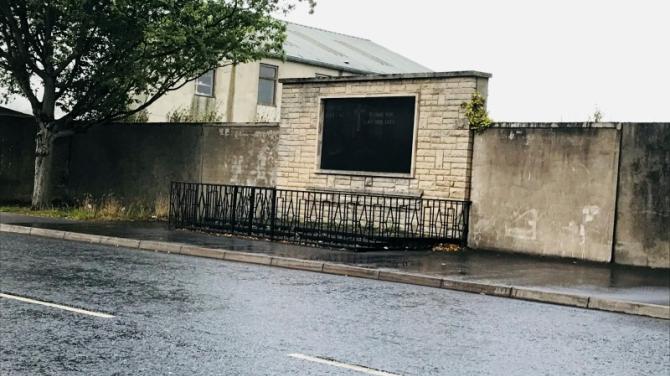 THE Parades Commission has once again rejected a request by the Orange Order to march through Strabane town centre on the morning of the ‘Twelfth’, and has imposed significant restrictions on the route.

In an application submitted on June 13, Strabane District LOL 14 had formally sought permission from the parading body for a parade beginning at 10am from a car park on Derry Road and proceeding to Castle Street, on to Castle Place, up Main Street, down Market Street up Church Street and on to Bowling Green, before dispersal at 10.30am.

The application had been described as a ‘an annual July 12 feeder’ parade where Orangemen traditionally parade in their hometowns prior to the larger demonstration which is being held in Omagh this year.

Similar applications in previous years have been rejected by the Parades Commission NI (PCNI) over fears that if the parade, as applied for, went ahead it could trigger public disorder.

The Commission, which had deemed the application “sensitive”, met last Wednesday to discuss the matter and has since ruled that while the parade can go ahead, it can only do so within a set of conditions and most notably that it will not go through the town centre.

In a similar ruling in recent years, Orangemen and women are banned from going beyond the town’s war memorial on the Derry Road, on the periphery of the town centre.

In reaching its decision, the PCNI said it had taken into account previous determinations in respect of same adding that it was aware of the sensitivities associated with parading in the Strabane area.

"The Commission has cause to believe that should the parade process the entirety of the notified route, there will be an adverse effect on community relations and a potential for public disorder," the determination stated.

"The conditions imposed are necessary, proportionate and fair in respect of this parade...The Commission continues to encourage all parties to this parading dispute to enter into dialogue to achieve an accommodation which reflects the needs of the local communities.

"As set out in the Commission’s statutory rules, it is a fundamental principle that any structures established must have the confidence and endorsement of those most closely concerned.”

In determining that conditions should be placed on the parade's organisers and participants, the Commission said it believes the actions to be “necessary and proportionate” and "strike a fair balance between the needs of the community and the rights of the individual.”

As well as being prohibited from going beyond the war memorial, only the notified bands are permitted to participate with no “undue stoppages or delays”. It must begin and disperse promptly.

Participants have also been warned that they must “behave with due regard for the rights, feelings and traditions of others in the vicinity, refrain from using words or behaviour which could reasonably be perceived as intentionally sectarian, provocative, threatening, abusive, insulting or lewd", and obey the lawful directions of parade organisers and stewards

It also affirms the importance of “respectful behaviour” including no singing, chanting or loud drumming and that marching should be dignified.

"More generally, no paramilitary-style clothing is to be worn at any time during the parade and flags, bannerettes and symbols relating to a proscribed organisation, shall, in no circumstances be displayed,” the Commission’s determination added.