Work on new Gaelscoil build due to begin in November 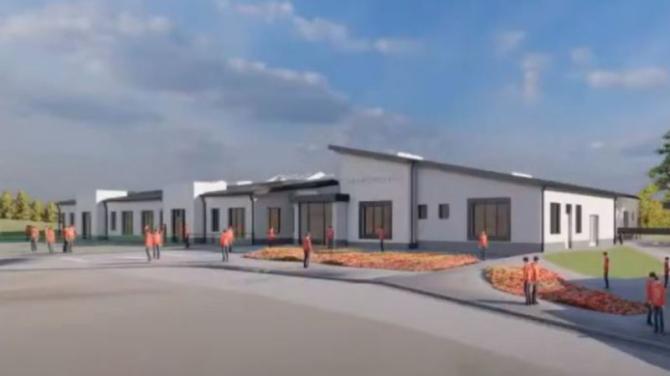 CONSTRUCTION work on a new multi-million Irish medium school in Strabane will get underway later this year, the Education Minister has confirmed.

The work on the new Gaelscoil Uí Dhochartaigh build had initially been expected to begin by now but Michelle McIllveen says it will begin in November, with the project expected to take up 14 months to complete.

She was responding to a written Assembly question from West Tyrone MLA., Maolíosa McHugh.

The Sinn Féin politician had asked for an update on the project to include details of the tendering process when a contractor will be appointed, the estimated start date on site and the duration of the contract.

Responding, the Minister advised: "The Education Authority, which is leading on the procurement of a building contractor, has advised that an invitation to tender is due to be published later this month with a return date for applications in early August 2022.

"It is anticipated that the contract will be awarded to the successful bidder in late August 2022.

Understood to cost around £5m, it will mark the beginning of a new chapter for the provision of Irish language education in the town.

The school and Naiscoil an tSratha Bain will relocate to the greenfield site on Strahans Road, just off Strabane bypass, where the finished project will include hard and soft play areas, car parking, landscaping and access arrangements.

Speaking at the time of the project's approval, school principal Máire Ní Dhochartaigh said it brought great "joy and delight" for the school and wider community.