Police in crackdown on anti-social drivers in Bready area 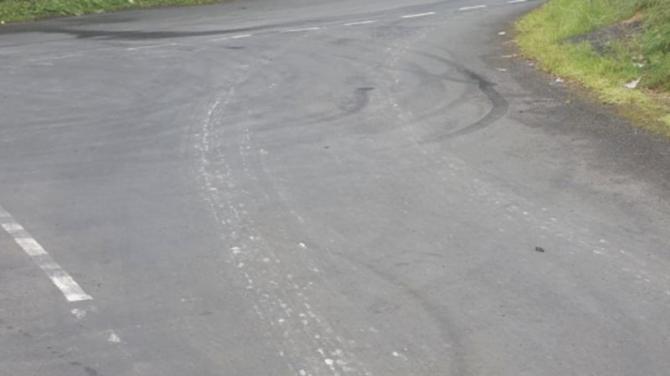 POLICE have pledged to up patrols in the Bready area following reports of anti-social driving in the area.

In recent weeks it has been reported that drivers are driving recklessly and performing 'donut' manoeuvres in the evenings and into the early morning.

Officers from the Sperrin North Neighbourhood Team say they are working to tackle anti-social behaviour related to vehicles in the area and are warning those involved to stop before someone is injured.

Residents have expressed concerns about drivers meeting at the junction of Alder Road and Lisdivin Road, which is between the rural area of Burndennett and Bready.

In a recent report made to police on June 21, vehicles were reportedly being driven in a reckless manner at the junction and performing 'donuts'.

While this report was made at around 7pm that evening, it’s also been reported by residents that this type of activity can happen at any time.

Sperrin North Neighbourhood Team officer, Constable Mark McLaughlin said not only are the drivers involved causing a nuisance, but he's warning someone could end up seriously injured

"We've heard from residents about the negative impact his type of activity can have the local community, and also on livestock in the area," he commented.

"To the drivers who engage in these activities it's seen as 'fun', but this view is not shared by people who live in the area and who have to endure this type of selfish and reckless behaviour."

The officer has warned those involved that action will be taken if they are detected, and that they will face prosecution.

"Driving on the public road brings with it certain responsibilities to the drivers and passengers; to their families and friends and to the community as a whole," he continued.

"These responsibilities should not be taken lightly. It is important to point out that drivers should expect to receive a fine or worse, prosecution through the courts, should they be detected engaging in careless or dangerous driving .

In a direct appeal to those involved in the behaviour, Constable McLaughlin added: "This is a serious matter. This type of dangerous driving may result in serious injury or worse.

"Your tyres may become worn more quickly, affecting your car’s ability to stop in an emergency.

"There is a chance that you, your passengers or innocent road users could be seriously injured, or even killed.

"We see too many deaths on the roads in Northern Ireland.

"We will be increasing patrols in the area, but we would also urge anyone who knows of dangerous driving in their area to note down the registration details of the offending vehicles and contact police immediately on 101. The quicker we receive a report, the quicker we can act."