No changes to 'hazardous' junction - Minister 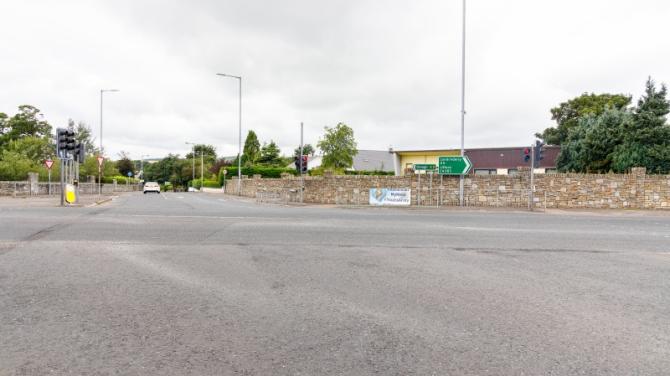 ROAD chiefs have ruled out any changes to one of Strabane’s most dangerous junctions.

Sinn Féin’s Maolíosa McHugh has been pressing the Department for Infrastructure (DfI) for action at the site of the traffic lights where the Urney Road meets the Great Northern Way bypass.

The junction is at the town’s busiest thoroughfare and thousands of vehicles travel along it daily onto the main A5.

In recent years concerns have been expressed by locals following a number of accidents.

It was also the scene of a fatal crash in April 2017 when Strabane woman, Margaret McLaughlin (69), who was a front seat passenger in a car being driven by her husband, was killed when the driver of a lorry ran a red light and collided with their vehicle.

Mr McHugh has previously said the the junction is "extremely hazardous" and he felt action is needed to make it a safer route for both motorists and pedestrians.

“This is the by far the most hazardous junction in the town of Strabane," according to Mr McHugh

"Unfortunately, there has been one fatal accident, many serious accidents and multiple near misses."

Following representations from the West Tyrone MLA on the issue, road officials subsequently undertook an assessment with a view to exploring the potential for any possible design changes.

The result of that survey has been disclosed via a written Assembly question by Mr McHugh to Infrastructure Minister John O'Dowd.

He asked "whether further investigatory work has been carried out at the Urney Road and Great Northern Road traffic lights junction in Strabane?"

In his reply, the Minister confirmed no changes will be taken forward given the “adverse impact” on traffic movement.

He said: "I can confirm that the additional investigatory work examining the safety and efficiency of this busy junction has now been completed.

"Local officials met with the signals contractor to assess the performance of the junction and have concluded that the introduction of a dedicated right turn filter from the Urney Road to the A5 could not be justified at this time, given the adverse impact that accommodating this small traffic movement would have on the flow of traffic on the A5.

"The situation will be kept under review."