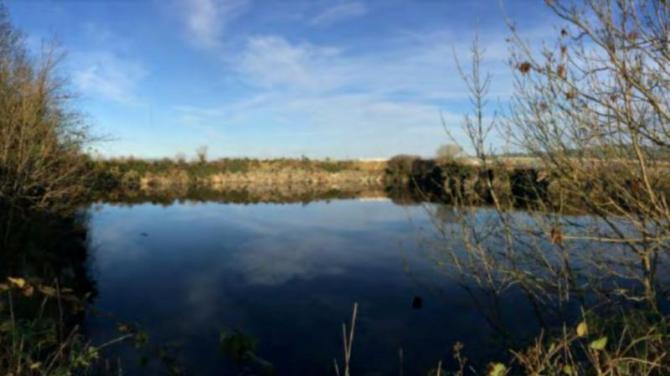 PLANNERS on Derry City and Strabane District Council have granted planning permission for a dangerous quarry pit in the town to be drained and filled in.

The application for the proposed quarry restoration by way of infilling with inert and excavated waste material, and the construction of a weighbridge, wheel wash, site office, site works and new access, came before June's meeting of the Planning Committee.

The application by ALG Developments Ltd was initially due to come before the committee in March 2018, however the application was deferred to allow for further information to be submitted.

For years, the disused quarry on Strahan's Road has been a well-known spot for young people to gather and swim during the summer months and in 2012 it was the scene of tragedy when a Strabane teenager lost his life.

Seventeen-year-old Rhys Jack was with friends on a makeshift raft at the water-filled quarry when he got into difficulty and drowned on May 28, 2012.

In the aftermath of Rhys' death there were calls for the quarry to be filled in to prevent further tragedies.

Now, ten years on from that tragic day, the quarry will finally be drained and filled in.

A report on the application stated: "The site comprises a former worked quarry which is now filled with water. The documents submitted in support of the application advise that the quarry ceased operation a number of years ago at which time dewatering also ceased with the groundwater allowed to return to its ‘at rest’ condition, circa 14m above the floor of the workings and is reported to have been flooded by flow in the fractures of the rock.

"The quarry is understood to be up to circa. 27m deep at its deepest point towards the north."

It added: "The agent states that the objective of operation of the site is to provide restoration of the quarry to as close as is reasonable to its original (pre-development) condition.

"This will be achieved by filling with inert materials, mainly inert waste derived from a variety of sources, including the construction and demolition industries."

Independent Strabane councillor, Raymond Barr commented: "From a safety and public health point of view, I for one would be glad to see this application granted.

"For a number of years now, young people have been using the quarry for bathing in warm weather and unfortunately a few years back one young man lost his life here,

"To me, this can only be a positive if this application was granted."

During the discussion, Sinn Féin's Dan Kelly asked if the agent had any conversations with the family members who lost their lives at the site over the last number of decades.

"The site is very sensitive to those people who were bereaved," he said.

"Was there any discussion with them and are they aware that this is taking place, as I know some of them do travel to that site on an annual basis?"

Gavin McGill, a representative for the agent, said he was not aware of any approach being made to bereaved families, adding: "We'd certainly be willing to facilitate that prior to any work commencing on site."

Formally proposing approval for the application, SDLP councillor Jason Barr said he agreed it is important that the applicants engage with bereaved families.

His proposal was seconded by independent Strabane councillor, Paul Gallagher.

Following discussion, it was unanimously agreed to grant planning permission subject to a number of conditions.