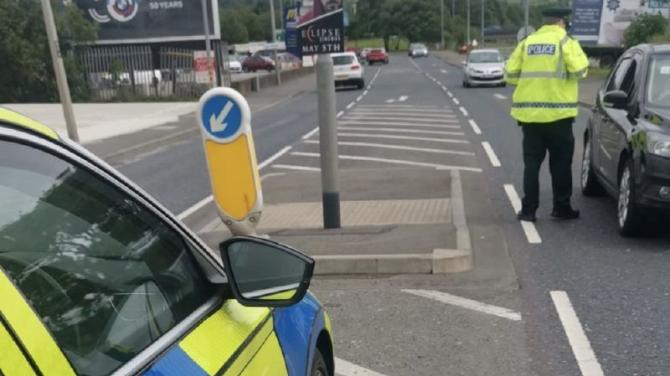 POLICE in Strabane conducted a number of vehicle checkpoints over the weekend focusing on road safety.

Colleagues from the Road Policing Unit based in Enniskillen and Maydown assisted local Neighbourhood officers during the operation.

Fixed Penalty Notices (FPNs) were issued for a range of traffic-related offences including six for excess speed and three for using a mobile phone while driving.

One man, aged 55 years-old, has been charged with driving with excess alcohol in breath and he is due to appear before Strabane Magistrates Court on July 14.

FPNs were issued for several other offences including two for vehicles with defective tyres, one fixed penalty notice issued for failing to control a vehicle and two for not wearing a seatbelt.

A number of other drivers are to be reported to the Public Prosecution Services in relation to driving without insurance, driving unaccompanied, permitting no insurance and permitting driving a vehicle in a dangerous condition.

One vehicle was seized during the operation.

Sergeant Ryan Johnston said: "Road safety is everyone’s responsibility and the more we can do to educate people the safer our roads will be.

"There will still be that small minority who disregard the speed limits, drink and drive, or think it's fine to use a mobile phone while driving.

"Our operation proves that we will catch you and you will face the consequences.

"We will continue to focus our efforts on keeping the roads safe over the coming weeks and months.”