Action needed on protocol before restoration of Assembly - Buchanan 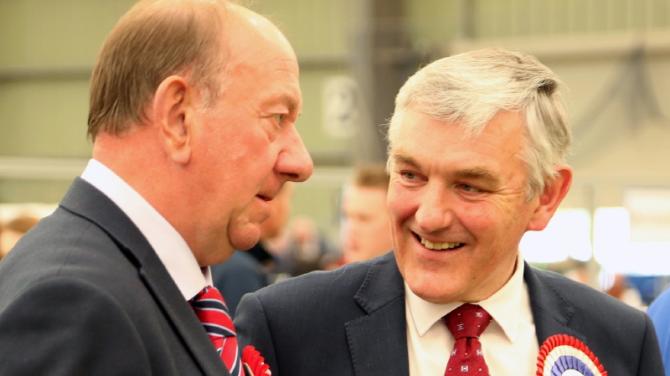 WEST Tyrone's DUP MLA has said that action must be taken to address the Northern Ireland protocol before Stormont's power-sharing Executive can be restored.

Tom Buchanan was speaking after DUP leader Sir Jeffrey Donaldson said his party would not support the election of a new Speaker in Stormont, blocking the formation of a new government.

On Monday, Stormont failed to elect a new speaker after the DUP refused to vote in favour

Mr Donaldson has said the protocol must be "sorted out" as it is damaging political stability, political progress made in Northern Ireland, and the economy.

And Mr Buchanan has backed his party leader's call call for the issue to be addressed, stating that voters have made their thoughts on the issue clear at the recent election.

"It has been spelled out clear that unless the protocol is dealt with, we will not be going into government," he said.

"In July of last year, seven tests were put in place for protocol arrangements, and these tests will have to be met in order to create stability within the political establishment within Northern Ireland.

"These tests are not met with the current arrangements.

"The DUP went into the election for the people to have their say based on the very issue that unless the protocol is dealt with, we couldn't form government again.

"We went into election with that, and we got the result."

The long-standing politician continued: "Not only did the DUP get a strong result, TUV took quite a strong vote as well, and they were on the same issue of the sea border.

"It's clear that this is what people voted on, and we are clear on this issue.

"We have a mandate for people that the protocol is causing the barriers to trade between Northern Ireland and the rest of the UK, it is damaging political progress, and it is hindering the economy.

"It has to be done away with prior to taking up any government position.

"At the moment the onus is on the Prime Minister, and words are no longer sufficient - we have heard them for too long and we need action."