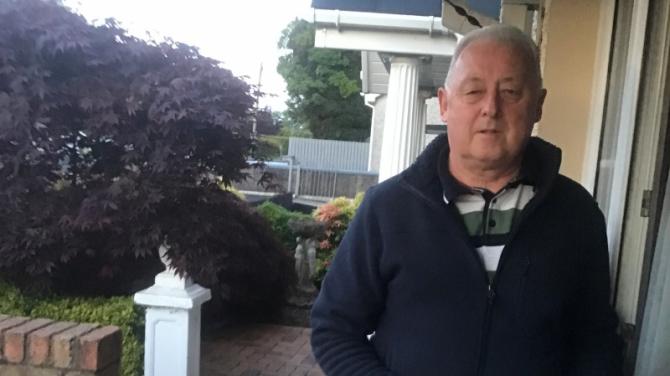 A PETITION calling for the provision of a play park in the Derry Road area of the town will be delivered to council this week.

Signatures were collected by local independent councillor, Raymond Barr, during a recent walkabout the area.

Despite being home to hundreds of families, the area does not have a single play park facility.

A proposals for a new play park to serve the area is contained within council's draft play plan strategy document which was put out to consultation last year.

It contains the recommendation "providing appropriate land can be accessed to facilitate play development".

The 15-year plan, led by consultants at Playboard NI, establishes an ambitious strategic approach to the enhancement of play opportunities across the district and followed extensive community engagement with local children, parents and groups.

Described as a 'working document', the plan contains an assessment of the Play Value (PV) associated with all 84 fixed play areas within the council and a series of recommendations to address gaps in provision and redundant play areas.

Following the conclusion of a public consultation in December, it's expected that a formal plan will come back before councillors next year.

"I recently conducted a door-to-door petition in the Derry Road area for a play park for the area," he said.

"It’s common knowledge the play park situation in Strabane is dire with the Derry Road area being particularly neglected.

"I am also aware of the need for provision for other areas of the town which fall into the Derg ward, as well as the need for some new play areas.

"There is a need for upgrading of existing play areas some of which present a challenge to children. Disabled access is another area demanding attention."

He continued: "We have heard recently that council have applied for funding from the Levelling Up Fund with £5 million if successful being directed towards upgrading play facilities.

"I sincerely hope a successful bid will see the play situation in Strabane being addressed with our play areas being upgraded to a standard comparable with that of other areas.

"The petition will be passed on to council this week and I hope it prompts council to act swiftly to address this problem and provide Strabane children with safe, practical and inclusive play areas."