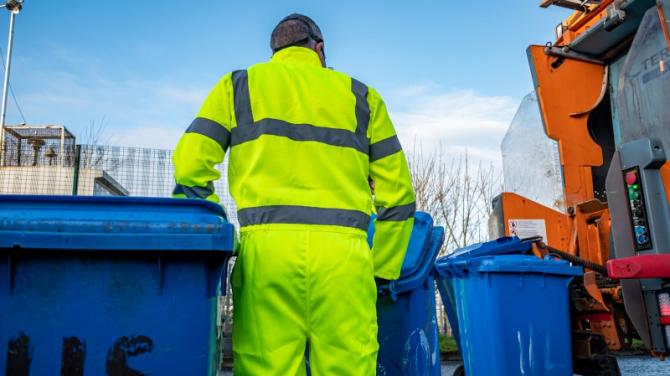 COUNCIL workers will be prepared to go on strike again if their pay demands aren’t met is the message councillor Shaun Harkin gave to elected members attending the full meeting of Derry City and Strabane District Council.

Sending solidarity to the workers who took part in the UNITE the Union action, the People Before Profit councillor described the decision to strike for two weeks as £the right decision for them to make and a brave one.£

Councillor Harkin continued: “I want to commend all my fellow councillors and Aldermen who didn’t attend council meetings, that was an important way for us to express our solidarity with the workers.

“I know in other areas the picket line was broken by councillors whether it was virtually or physically and I think that undermines the efforts of workers across our society to get a bit of equality and the people who did that should be held to account.

“For anybody who thinks council workers don’t play a vital role, this has demonstrated how important they are and how essential what they do is and they should be commended for that and that’s why they should be awarded with a decent pay raise.

“I know there was an issue at Strathfoyle and the workers had to put up a picket line to ensure this strike picket wasn’t broke.

"As a council and as our corporate position we should have been making sure that didn’t happen.

“I know a private company was employed to pick up rubbish for a price and that could have been very detrimental to the strike but it wasn’t, but this is where the issue of workers being able to take solidarity action with workers standing up for themselves becomes very important and that’s something we need to take a look at.

“Hopefully they won’t have to go out again but I know they are prepared to do that if they don’t see any action from decision makers around the pay uplift.”

Council is providing additional services to assist in clearing up the dozens of black bags of rubbish left following the recent strike which disrupted a number of council services.

Aontú councillor Emmett Doyle asked officers for clarity on the situation at the full meeting of council adjourned from April.

Director of Environment and Regeneration, Karen Phillips explained it would take council "some time to catch up’", adding: “The teams are back out in all services.

"We have ensured all the recycling centres were totally empty so they can take as much as possible.