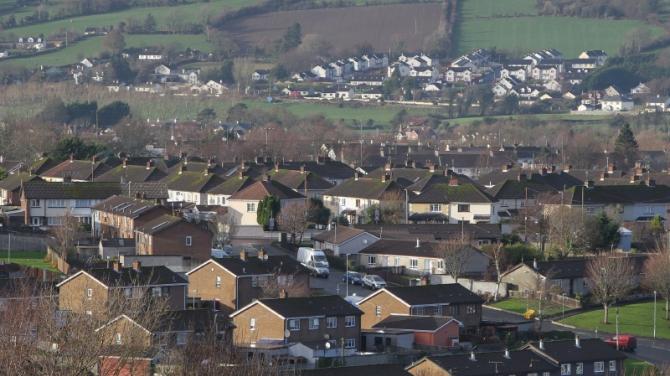 HOUSE prices are continuing to rise in the Derry and Strabane area as demand grows despite rising inflation and living costs, according to the latest research from Ulster University.

Findings from the Quarterly House Price Index reveals Derry and Strabane witnessed the largest price increase - 17.1 per cent - over the first quarter of 2022, taking its average house price to £147,657.

Despite this market buoyancy, housing experts are warning rising living costs and inflation are already breeding uncertainties, and will present challenges in the longer-term, including softening demand which will subsequently impact housing prices.

The Quarterly House Price Index, produced by Ulster University in partnership with the Northern Ireland Housing Executive and Progressive Building Society, analyses the performance of the Northern Ireland housing market during the first quarter of 2022 (January to March).

Across NI more widely, there has been a price growth of 2.3 per cent for the first quarter of 2022, with annual price increases equating to 9.7 per cent.

The overall average price of residential property in NI now stands at £202,325, as high viewing levels continue to drive a spike in agreed sales.

Moving into the next quarter of 2022, more than half (53 per cent) of estate agents anticipate further price inflation, with the remaining 47 per cent anticipate that pricing structures will remain consistent with the first quarter of the year.

According to the research, the two defining factors influencing the housing market throughout 2022 will continue to be market resilience and acute supply shortage, a finding shared in the previous quarterly report.

Other key report findings include:

- The terrace/townhouse sector has exhibited the highest annual price change of 13.2 per cent compared to quarter one in 2021, with the semi-detached and detached sectors showing annual price growth of 7.1 per cent and 4.2 per cent respectively;

- The escalation in raw material pricing over the last 12 months and continued uncertainty on future movements in material pricing make it difficult to price future work and this, allied with skilled labour shortages, has caused a dramatic slowdown in the pace of new builds being released to the market;

This latest survey indicates a residential property market that continues to exhibit increasing activity levels, which are translating into price growth, particularly within the middle pricing tier of the market, and one which is underpinned by the lack of quality stock coming onto the market which is culminating in buyer competition and forcing buyers to pay higher premiums.

"This has not only been driven by continued demand and sales completions, but as a consequence of the ever-increasing supply crunch which has emerged over the past four quarters, which is distorting normal market operations and imbalance.

“The heightened costs of materials are beginning to have an impact on development phases being released which is further squeezing the supply side of the market. Equally, the current inflationary pressures and emergent cost of living crisis also evident in the market.

"While these are not curtailing current market sentiment or indeed appetite, they may start to have an impact upon future demand over the next few quarters and translate into house prices tapering off.

Ursula McAnulty is head of Research at NI Housing Executive, which commissions the research.

She commented: "Prices continued to rise into the first quarter of 2022, driven by lack of stock coming onto the market and continued demand.

"The cost of living increases, in particular rising fuel and energy costs, recent interest rate increases, and the impact of the wider economic situation, suggest some tempering of the market over 2022.

"While in the short-term prices and demand are likely to be maintained into quarter two of 2022, the combined impact of these factors is likely to be felt, particularly amongst lower income households, in the medium term.”

Meanwhile, current pricing structures within the market are expected to be maintained according to Michael Boyd, deputy chief executive and finance director at Progressive

“Northern Ireland housing market’s resilience and vibrancy, which defied expectation throughout the pandemic, has been maintained in the first quarter of 2022," he said

“An uplift of buyer activity is to be expected during what is traditionally a period of renewed market momentum in the early part of the year, spurred by purchaser confidence and the direct correlation between initial viewings and agreed sales.

“Current pricing structures within the market are expected to be maintained through heightened build costs and the continue imbalance between demand and supply.

“As we look forward to the rest of the year, rising inflation and household costs remain a challenge within the longer term, with some agents of the view that it will soften demand and subsequently house price rises."