Castlederg woman tops Irish exam charts from Down Under 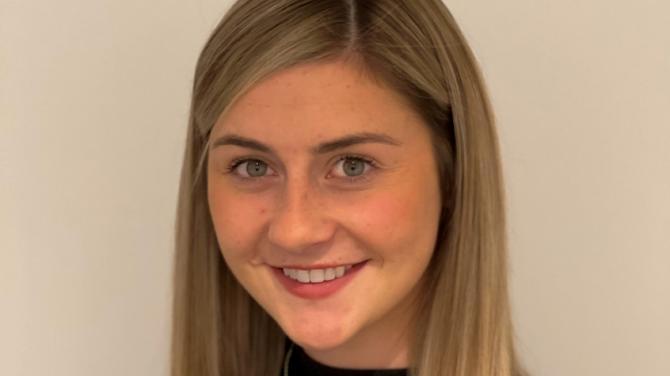 A CASTLEDERG woman has scored top marks on the island of Ireland in national accountancy exams, despite taking them on the other side of the world.

Australia-based Emma Harpur, who pursued an apprenticeship after stellar A-Level results, is also topping the charts Down Under - twice placing first in exams as part of her quest to become a fully qualified accountant.

The 23-year-old, who hails from Castlederg, is now based in Melbourne.

She opted for the Accounting Technicians Ireland (ATI) Higher Level Apprenticeship after a hat-trick of A grade A-Levels at Castlederg High School, despite being accepted to Queens University Belfast to study for an Actuarial Sciences and Risk Management Degree.

After a year of her apprenticeship with Claremount Chartered Accountants in Omagh through South West College, Emma headed for Australia.

“In November 2018, I took a break to travel to Australia for six months. My plan was to return home and continue studying,” said Emma.

“But before I knew it, I had been in Australia for a year and began researching how I could complete my ATI Diploma.

"I signed up to study online, watched pre-recorded lectures and sat exams last year through a digital platform.

“I absolutely loved the course and enjoyed studying. This shone through when I received my results.

"Being told I had placed first certainly inspired me to further study accounting and take my knowledge to the next level.”

Emma is now studying to become a fully qualified accountant through the Association of Chartered Certified Accountants (ACCA), using exemptions gained from her ATI Diploma, twice placing first in Australia in ACCA exams.

And she is also working on a Bachelor of Accounting and Finance Degree through Oxford Brookes University whilst working with prestigious firm Pitcher Partners in Melbourne.

She continued: "“My ATI qualification opened a world of opportunity. I got on board with the Higher-Level Apprenticeship because it allowed me work and learn at the same time, building valuable experience and laying a firm foundation for my future.

“The work experience gained while studying is invaluable and puts you a step ahead of university students.

"It also allowed me to ensure accounting was the correct pathway for me at an early stage.

“It was challenging, but really interesting and enjoyable. The support ATI provide is second to none.

"You can study with them from anywhere in the world, and the ATI qualification provides exemptions for further study with other accounting bodies at a later stage.

“I would certainly recommend ATI as an alternative to anyone considering studying accounting at university. Being able to work and study makes it easier to learn and perform in exams.”

The ATI Higher-Level Apprenticeship in Accountancy, which allows students to work, earn and learn, is to create 120 jobs in Northern Ireland this September.

Applications are now open for the programme, which starts in September, and is delivered through regional colleges across Northern Ireland.

The Accounting Technicians Ireland Higher-Level Apprenticeship provides an alternative for school leavers who prefer practical training to full-time college, or those who may have embarked on a university course and found it did not suit them.

It is also an attractive option for existing employees and mature learners who want to pursue accounting.

Large firms and smaller practices, as well as industry and the public sector, have all embraced the programme.

According to Gabriela Airini, head of Education at Accounting Technicians Ireland, apprenticeship enables employers to recruit and upskill staff in a cost-effective manner as training fees are covered by the Department for the Economy.

“Accounting Technicians Ireland is pleased our apprenticeship contributes towards job creation and business growth in Northern Ireland,” she said.

“Since the programme’s foundation in 2014, the Higher-Level Apprenticeship in Accountancy has been the source of over 600 jobs in Northern Ireland.

“Each year, more employers sign up and we now partner with over 100 employers across 14 sectors.”