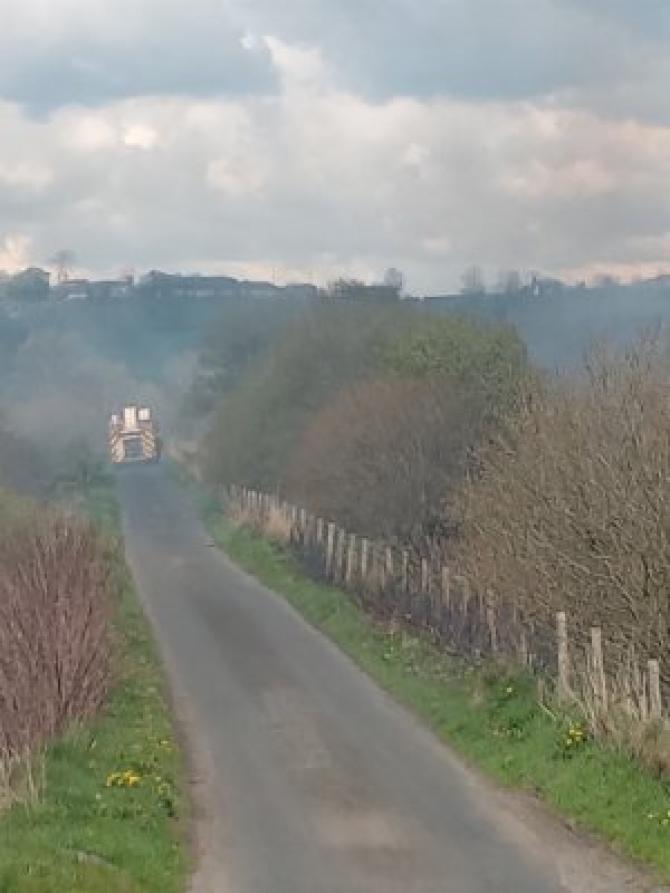 A GORSE fire near Castlederg is believed to have been started deliberately.

Firefighters were tasked to the fire at Drumgallen Road on Saturday at around 2.35pm.

According to the Northern Ireland Fire and Rescue Service (NIFRS), a total of five hectares of gorse was on fire.

Two fire service appliances from Castlederg and from Newtownstewart attended the incident.

Firefighters used eight beaters and a jet to extinguish the fire. The incident was dealt with by 4.37pm.

A spokeperson from NIFRS said: "The cause of the fire is believed to be deliberate ignition."