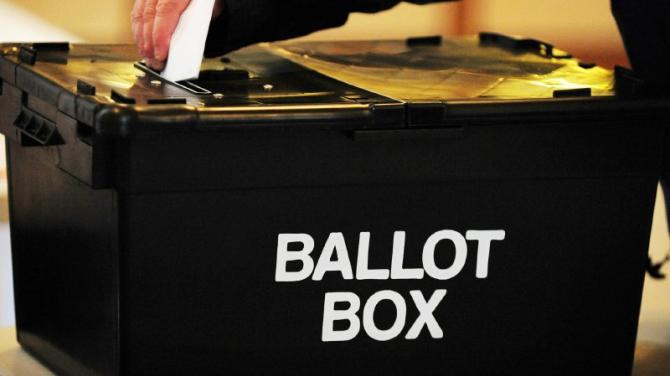 A FIELD of 14 candidates will contest West Tyrone's five seats in the upcoming election.

As nominations closed on Friday, the final list of candidates going forward to contest May's Assembly election was confirmed by the Electoral Office for Northern Ireland (EONI).

On Thursday, May 5, voters will go back to the polling booths to vote in 90 MLAs to represent their interests at Stormont - and five seats are up for grabs in the constituency which covers the Omagh and Strabane areas.

The UUP are fielding former Irish Seanad member, Ian Marshall, while the TUV has selected victims' campaigner and Castlederg man, Trevor Clarke, to contest the election.

Voters in West Tyrone will also have the option to vote for an independent candidate with Strabane's Paul Gallagher, a sitting councillor on Derry City and Strabane District Council and Omagh man, Barry Brown, running against the established parties.

Elsewhere, the Alliance Party has confirmed Stephen Donnelly, a councillor on Fermanagh and Omagh and District Council, as its candidate.

Also standing in the election are 24-year-old Amy Ferguson representing the Socialist Party and Strabane woman, Carol Gallagher, who is seeking to claim a seat for People Before Profit.

The Green Party has endorsed Omagh resident and community activist, Susan Glass, as its candidate, while James Hope is standing for Aontú.

The final ballot paper falls just short of the record 15 candidates who contested the constituency in the last Assembly election back in 2017.

Voting will take place between 7am and 10pm on May 5 across a number of polling stations.

The ballot boxes will then be transferred to the count centre and following verification, the count will begin on Friday morning.

A formal result is expected to be declared later on Friday or the early hours of Saturday.

In a departure from the traditional format, the Electoral Office NI has confirmed that counts for the 18 constituencies will take place simultaneously at three count centres across Northern Ireland.

While the West Tyrone count usually takes place in Omagh Leisure Centre, it will now be held in Meadowbank Sports Arena in Magherafelt.

The count will run alongside the counts for the East Londonderry, Fermanagh and South Tyrone, Foyle, Mid Ulster, Newry and Armagh and Upper Bann constituencies.

The deadline for registering to vote at the election is midnight on Thursday, April 14 and if you are required to send in registration evidence documents they must be received by midnight on April 25.

The confirmed candidates are: