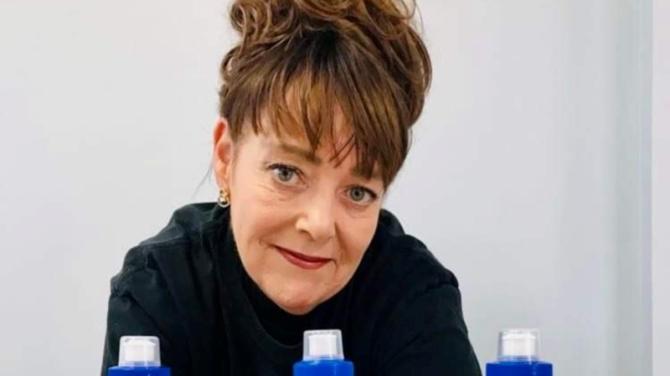 A STRABANE woman is on a mission to make it mandatory for food companies to put clear sugar and fat warnings on the front and back of food packaging.

Sharron McCormick is the owner of Shape Your Life and a healthy eating columnist with the Strabane Weekly News.

This week she has launched an online petition as part of her campaign to help people make informed food choices to help improve their health and that of their children.

Sharron hopes the petition, which is set to run for the next six months and is being widely shared on social media, will garner the 100,000 signatures needed to have the issued debated in Parliament.

Speaking yesterday (Tuesday), Sharron explained the rationale for her campaign.

“We are living in a world of ever increasing health problems and many of these issues have a direct link to obesity in both adults and children," she said.

"In fact, we have one of the highest obesity rates in children aged two to 15 years in Europe and two thirds of our adult population are overweight or obese.

"This is not only causing a rise in Type 2 diabetes, heart disease and strokes but it has an effect on our mental health and causes many weight related health issues.

"It also affects our mortality as well as increasing the burden on the NHS and mental health services.

According to Sharron, one jar of a well-known brand of pasta sauce has over 11 teaspoons of sugar in it and another popular energy drink contains over 22g of sugar!

"A small, very well-known takeaway pizza has over 54g fat and 39g of sugar and I, for one, can’t help but ask - why?" Sharron continued.

"We are living in a society of ultra processed foods and we are simply consuming too much of them.

“To put this into perspective, two hundred years ago the average consumption of sugar was 2lbs a year - now we are consuming 2.9lbs a week.

"Excess sugar impairs both our cognitive skills, memory, mood and self control and it is addictive and dangerous.

"For fat, the government's recommendations are that men should eat no more than 30g of saturated fat per day, women 20g and children should have much less than this, around 19g a day.

"In reality we are eating excessive amounts of fat including unhealthy saturated and trans fats which raise cholesterol and increase risk of heart attacks and strokes."

According to the Scientific Advisory committee on Nutrition in 2019, children aged four to 10 years-old had exceeded the recommended amount by 89.3 per cent, Sharron said, with those aged 11 to 18 years exceeded by 84.7 per cent and adults 19 to 64 years exceeded the amount 74.5 per cent.

"We are overdosing ourselves and our children on a daily basis and this is damaging to our physical and mental health as well as life expectancy.

"Many scientists have proposed that sugar, along with fatty and salty foods can have an addiction-like effect on the brain, like drugs, which then leads to a continuous cycle of craving, overeating and loss of self control, which in turn, leads to weight gain, obesity and associated health implications.

"Without clear labels and improved nutritional education this problem is only going to get worse.    “So, we are calling on the government to make it mandatory for food producers to place fat and sugar warnings on the front and back of food packaging to make it clear that that item is not a healthy choice and it then becomes an informed choice."

Sharron is calling on the media, politicians (councillors, MLAs and MPs), health professionals, social media influencers, celebrities and the general public to back her campaign.

"Let’s start #Eatlikeyoulifedependsonit because it really does," she added.

For more information or to get involved, contact Sharron on 07519779345 or via Facebook (Shape Your Life Group) or email: