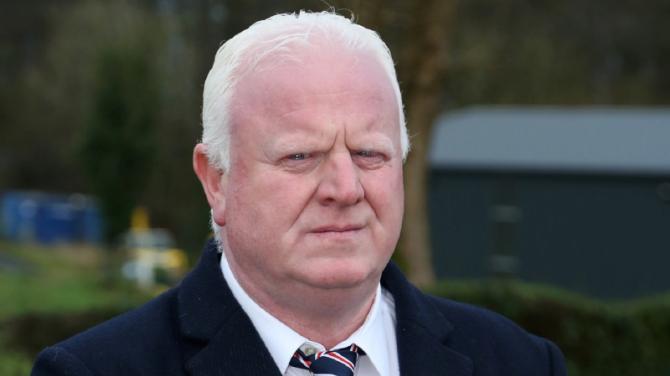 POPULAR Castlederg man, Andy McKane has resigned from the Ulster Unionist Party, claiming the party has abandoned its basic principles by selecting Ian Marshall as the West Tyrone candidate to run in the forthcoming NI Assembly Election in May.

The former Derry City and Strabane District Council representative said he was left with no other choice other than to leave the party after former Irish senator Mr Marshall was chosen as the party's candidate in the upcoming elections.

Mr McKane claims he had the full backing of the party's branch in West Tyrone but lost out to Mr Marshall in the selection process.

"My wife Karen and I have resigned from the Ulster Unionist Party with immediate effect," he said.

"After being chosen by the people of West Tyrone to stand in the upcoming election, to have this decision overturned has made our membership untenable."

Mr Marshall's history in politics - he was the first unionist elected to Irish Senate in 2018 after he was nominated by then-Taoiseach Leo Varadkar - sits uneasily with Mr McKane, who said: "I’m a traditional unionist who believes in the Union.

"I could never align myself with someone who would sit in an Irish government - the same government that gave a safe haven to those who committed murder in Northern Ireland or indeed someone who promotes a protocol that creates a border in the Irish Sea. To me the Union is paramount."

He also criticised Mr Marshall's position on Protocol, going as far as claiming Mr Marshall is "not a unionist". This is refuted strongly by Mr Marshall.

"I've seen the suffering inflicted and carried the coffins of those who gave their lives so that Northern Ireland would remain part of the United Kingdom," continued Mr McKane.

"I understand and respect many people in West Tyrone do not share my vision for Northern Ireland but whilst I respect others’ opinions, I also am entitled to my own.

"I’m a unionist plain and simple and with me what you see is what you get. No unionist could be so foolish as to think there was anything to be gained for unionism by sitting in an Irish government or selling a protocol that creates an Irish Sea border.

"To me, that person is not a unionist.

"That said, the electorate will decide who represents West Tyrone and the election in May will tell the tale.

"I would like to thank the West Tyrone Association for all of their hard work and support given to me over the past few years - who knows what the future holds."

Responding to Mr McKane's claims, Mr Marshall said he had the full backing of the unionist party leaders to serve in the Irish Senate.

"At the end of the day, I went to the Irish Senate as an independent unionist," he added.

"Andy has this attitude that this waters down my unionist credentials.

"That's a bit like saying, Your Majesty The Queen shook Martin McGuinness' hand - does that mean she's less of a unionist or less British as a consequence? No one would ever imply that.

"I don't think there's any substance to this criticism and that any less of a unionist. In fact, I'd argue the opposite is true; I'm very secure and confident in my unionist credentials.

"I understand Andy is angry about the selection process, but I have held meetings in Omagh recently and received really positive feedback. People feel this is a breath of fresh air and they want us to talk up positive, constructive unionism.

"I respect Andy and I feel it's disappointing he is stepping away from the party, but ultimately it's his choice."

On his views on the Protocol, Mr Marshall said: "It's no secret that I was very much in the 'Remain' camp when it was talked about Brexit simply because I knew Brexit was going to present us with a number of problems because we share this land border.

"I had a whole multitude of reasons for thinking Brexit was a bad idea and I still fundamentally feel it's a bad idea.

"Reality is, that whatever happens with the protocol, there's no escaping the fact that we must have a deal, a contract, an agreement an arrangement - some mechanism that deals with the position we are in.

"Some people say the protocol has to stay, but I don't agree with that. I have been misquoted where a headline was taken out of context but if you read the article, I made the point that while we would all like to see the protocol go away, we have to have something there, no matter what we call it or what it may look like. But it must be better than the arrangement we have at the moment.

"When you talk to businesses... some have an advantage with the protocol. There are many businesses that have costs and disadvantages and interruptions to businesses.

"We need to sit down and have a conversation to see how we can make it work. If people feel the protocol threatens them, then you have to take that seriously because if it's reality or perception, then it must be dealt with.

"There are genuine concerns about the protocol so it will need to be changed or amended so it's acceptable for everyone."