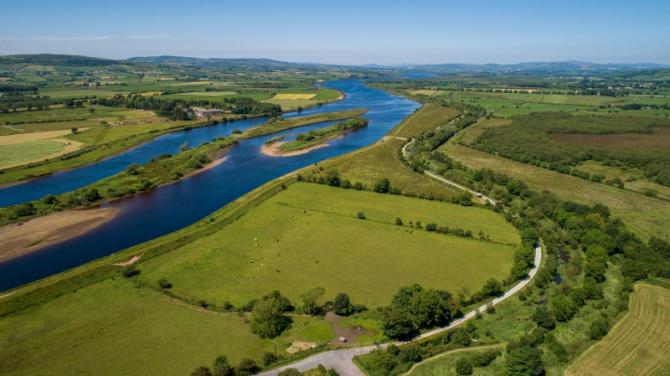 FOUR prosecutions relating to pollution of the River Foyle in the last five years have resulted in fines totalling £3,500.

The information was disclosed by the Minister for Agriculture, Environment and Rural Affairs, Edwin Poots, in a written Assembly question.

He had been asked by Foyle SDLP MLA., Sinead McLaughlin, to detail "how many people and organisations have been prosecuted for pollution in the River Foyle, in each of the last five years."

In response, Mr Poots said his department's officials had searched information for the last five completed calendar years and for the first three quarters of 2021.

Details of the exact locations of the pollution incidents were not provided by the Minister.

"They have also considered the request for the River Foyle as from the town of Strabane to Culmore Point at the mouth of Lough Foyle," he explained.

"In that region, two prosecution cases related to water pollution were brought by the Northern Ireland Environment Agency and were concluded in 2016.

"One related to a company prosecuted for a pollution detected in 2015 which was fined £1,000.

Mr Poots added: "The Loughs Agency is a cross-border body and also has a remit in relation to water pollution.

"It can take action resulting in prosecution independently from the Northern Ireland Environment Agency.

"Loughs Agency have confirmed that there have been two prosecutions relating to water pollution in the River Foyle which were concluded during the time period requested.

"Both cases were heard in 2017, with one individual fined £500 and one company convicted but not fined."