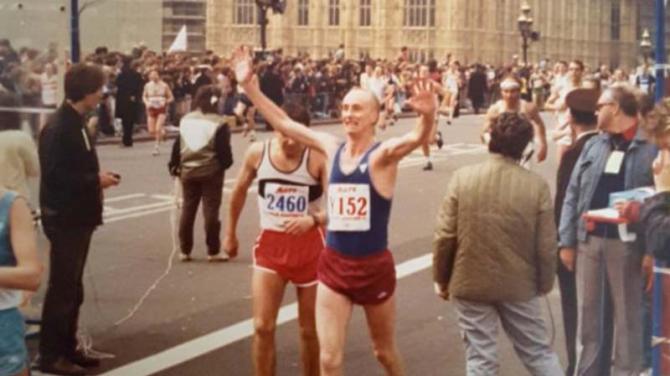 Ken, 89, will receive a British Empire Medal (BEM) for services to sport and charity.

The veteran runner has not missed a single London Marathon since its inception in 1981, raising much-needed funds for various charities along the way, although he has now completed the last two much closer to home.

In October he completed his 41st consecutive marathon. Just like in 2020, Ken opted to run it 'virtually' and chose the route of the Park Road, Ballymagorry, to Bradley Way - a flat and pleasant run.

For 39 years, Ken harnessed the wonderful atmosphere created by the thousands of spectators to complete the marathon. However, in recent years he has had to adapt to the silence of the empty roads although the beautiful route - as he described it - and the company of Seamus and Eugene Devine, helped to cushion the blow.

Ken is now just one of eight 'Ever Presents' who have run every London Marathon - and he is already committing to run the 26.2-mile event in 2022!

Of course, to complete a marathon takes months of hard, gruelling training, so Ken takes to the road six days every week.

"The secret is to start jogging slowly for two miles, that will strengthen up all your joints and muscles.

"Join a running club and make a lot of new friends who will help you on the great journey to good health.

"Family comes first, health next and train at least five times a week! Enjoy your jogging with friends if possible. I still train six days a week and enjoy the feeling of being fit and healthy."

His secret to keeping his core strong over the years has been to perform the ‘plank’ every morning - two minutes at a time.

“I used to do it for longer, but I found it tough. Two minutes is quite enough to give you strength," he said.

Such dedication is worthy of recognition so congratulations to Ken!