Council: No to COVID passport proposal 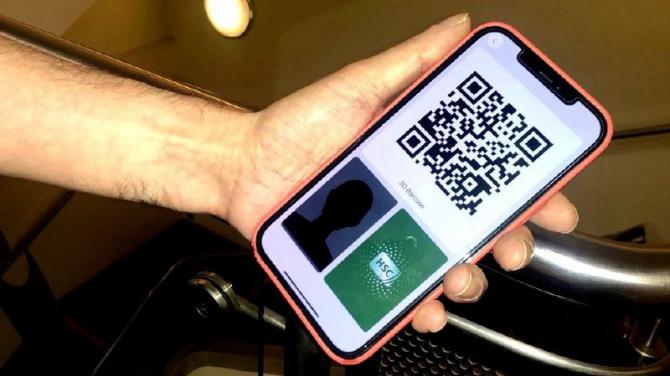 AN attempt to bring a proposal which called for Derry City and Strabane District Council to ‘reject the imposition of COVID passports in this district’ and to call 'on the NI Executive to categorically rule out mandatory vaccinations’, was not allowed to proceed at the December meeting of full council.

Aontú councillor, Emmet Doyle, raised the issue saying he felt it "was important" to discuss the introduction of COVID passports.

“Regardless of the views of respective members of this council I do think it would be good to see from the perspective of many of the people on our streets who are very concerned about this that we have some sort of a debate around this issue,” he said.

“The primary issue, and I am quite concerned about this, is because eminent virologist Dr Chris Smith from Cambridge University has outlined a number of times that between 80 and 90 per cent of COVID transmissions take place in a domestic setting.

“We’ve been told by the Executive that there are now a number of ways we should prove COVID certification to enter hospitality venues in particular.

“Let’s be clear, the COVID passport does not do anything other than prove that an individual has received vaccinations. It does not in any way verify if an individual at that time does carry COVID."

He continued: "If we are being honest with people, it is important we can tell them that if our primary aim is to stop the virus which it is, then it is reasonable for us to tell people to get their vaccines, to get their booster.

"But it’s also important to tell people why these measures are being brought in.

"When, for example, when we look at the South, they have had COVID passports in place for a number of months and yet their cases are rising.

“It’s also quite important that we are tempered in our discussions around these because ultimately there is a virus spreading in the community especially now when we hear of Omicron.

“It is also important from a rights perspective that we discuss this because there hasn’t been any discussions at a local level and I note that there is genuine concern out there from the hospitality sector as to the impact of these measures.

“I have to say there is some concern following the debate in Stormont where it turns out staff in hospitality will not require this COVID certification to go to work and I think that raises concerns about how we are valuing those staff.”

The councillor put forward his proposal which read: "That this council rejects the imposition of COVID passports in this district, recognising that the vast majority of COVID transmission takes place in a domestic setting and that so called passports reflects a person’s vaccination status as opposed to their COVID status.

"Council recognises the hardship being forced onto hospitality businesses and calls on citizens to undertake antigen testing prior to engaging in any social settings and to take up the offer of a booster vaccine as a means of controlling the spread of the virus.

"Council further calls on the NI Executive to categorically rule out mandatory vaccinations."

City solicitor, Philip Kingston, addressed the chamber on the matter explaining why it was not possible to bring forward the proposal at this time.

He said: “This item that is being discussed is a matter which flows from the deputation that was received by the Trust (Western).

“As members would be aware, under our current policy in relation to deputations, we do not take proposals directly from deputations.

“If the member wants to bring a motion in relation to an item arising from a deputation then it has to be brought in the normal way to full council or to the next committee."