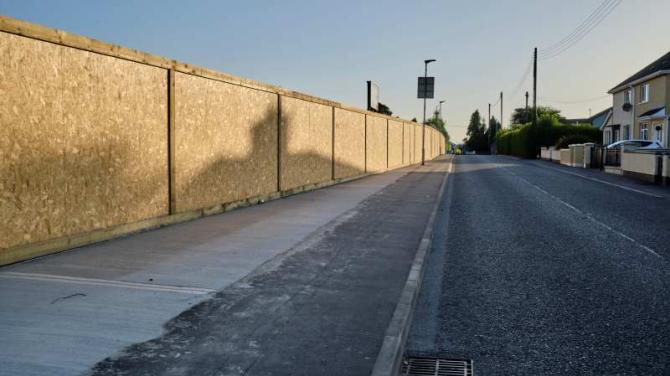 A WEST Tyrone MLA has described the revelation that there were only 18 new social housing completions last year in West Tyrone as "woefully inadequate".

Figures obtained via an Assembly question to the Department for Communities (DfC) showed that the number of new social homes built across Northern Ireland in 2020/21 amounted to 1,304 with almost 45,000 applicants on social housing waiting lists as of June 2021.

The statistics were disclosed by Minister Deirdre Hargey in response to Mr McCrossan's party colleague and Foyle MLA, Mark Durkan.

The West Tyrone constituency, which covers Omagh and Strabane, has a social housing waiting list of 1,880 as of June this year.

Only Upper Bann (4) and Fermanagh and South Tyrone constituencies (13) have a lower social house build completion than West Tyrone.

The figures also show that at the current building rate it would take over 34 years to clear the existing waiting lists across the province.

Yesterday (Tuesday), the SDLP was due to bring a motion calling on the Communities Minister to increase the supply of social and affordable housing before the Assembly.

Speaking on the figures obtained by his party, Mr McCrossan said: “There are currently 1,880 people on the housing waiting list in West Tyrone, with just 18 social housing completions.

"The past 20 months have underscored the value of housing and the central role that it plays for all of us.”

He added: "Minister Hargey needs to step up and get a grip on this issue and come up with a plan that will increase the number of houses built and get people off our waiting lists.

"People have been waiting long enough and vague words and promises mean little to those in need of a home.

“I and the SDLP will continue to argue for more affordable homes and social housing across West Tyrone and nationally if we are to tackle this 1800 local waiting list and 45,000 national waiting list."