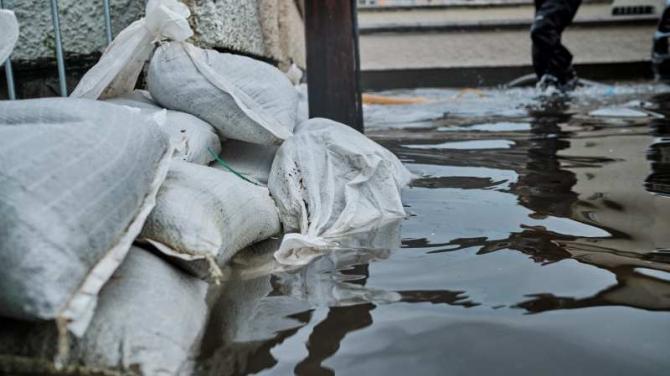 A CONSULTANT has been commissioned by the Department of Infrastructure (DfI) to investigate and identify a short-term engineering solution to the flooding issue at Pearse Gardens in Strabane.

He had asked the Minister: "In relation to long standing flooding issues affecting homes at Pearse Gardens, Strabane and subsequent to the response issued on August 2 which confirmed for the first time that a storm sewer draining the site has been laid with a very shallow gradient, what steps her department is now going to take to provide a long-term solution to the problem?"

In response to Mr McHugh, Nichola Mallon avised: "I am aware of the flooding issues at Pearse Gardens and I am committed to finding a solution to this long standing issue.

"I can confirm that my officials have commissioned a consultant to investigate the drainage system to seek to, in the first instance, identify a short-term engineering solution.

"You will be aware of the proposal to provide a new drainage outfall from the old Adria site to the Mourne River to facilitate the redevelopment of the site.

"The timing of delivery of this significant element of work will largely be dependent on the developer’s programme. The new storm drain would go past Pearse Gardens and provide the necessary outlet for an effective long term solution."

The development also comes on the back of a meeting earlier this month between the Minister and flood-hit victims of both Pearse Gardens and Ballycolman Estate.

Ms Mallon was pressed for a resident of Pearse Gardens for a solution to the ongoing nightmare scenario she faces each time there is heavy rain.

At the time, the Minister said "feasibility and design studies" are being looked at by the department, but that she couldn't give a "firm commitment on that today".

Mr McHugh has welcomed the progress but says "this needs to be actioned now".

"There was little by way of update from DfI Minister or her officials about the Pearse Gardens situation at the Ballycolman Estate meeting on October 13," he explained..

“So following this meeting, I submitted an urgent question to the Minister asking what her department was now going to do to provide a long-term solution given the previous response I had received which confirmed for the first time, that a storm sewer draining the site had been laid with a very shallow gradient-and this structural problem has undoubtedly been contributing to perennial problem of flooding in the cul de sac."

He added: “A long-term solution is required to address this issue but I think the Minister also needs to ensure that the much-needed upgrade to drainage infrastructure in the Ballycolman area has the capacity to cope with both existing and projected future pressures on the system."