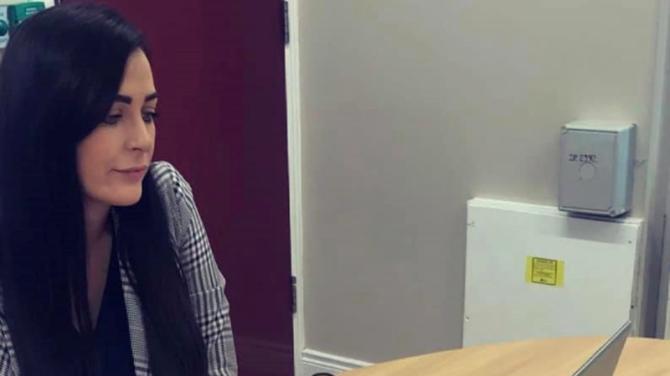 DISPARITIES in the number of businesses assisted by Invest NI in West Tyrone in comparison to other electoral areas shows a "regional imbalance", an MP has said.

However, figures show that other electoral areas - including South Belfast - saw many more businesses approved for funding.

In South Belfast, Invest NI provided interventions to 230 businesses, of which 219 are SME's, and 11 are larger enterprises.

Órfhlaith Begley said the figures show a "Regional imbalance", and she is pressing Invest NI to seek additional sites in Strabane to stimulate economic growth in the local area. Last week, the MP convened a meeting with Invest NI.

“During the period of 2020-2021 Invest NI supported 68 businesses in West Tyrone compared to 230 businesses in South Belfast," She said. "If we are serious about tackling the current regional imbalance then we need to profile the huge potential which Strabane has to offer.”

The West Tyrone MP continued: “I convened a meeting with Invest NI to encourage them to spearhead a campaign to promote Strabane as an investment location.

"The protocol provides a unique opportunity for businesses in Strabane. As a border town, businesses will have the ability to maximise the unprecedented access to both the EU and British markets. This should be optimised to attract businesses to locate to Strabane.

"Newly published data from the Central Statistics Office shows an increased trend of cross-border trade since the beginning of the year. The figures published show that over the first 6 months of 2021 north to south trade has increased by 78 percent, from €998 million to €1.77 billion compared to the same period in 2020 while south to north trade has also increased by 43 percent from €1.1 billion to €1.576 billion.

"Given the increased interest for businesses to locate to the business park, I encouraged Invest NI to also seek additional sites in the town. This will be needed to utilise the increase in cross-border trade and the unique advantage which Strabane offers for exporters and businesses."