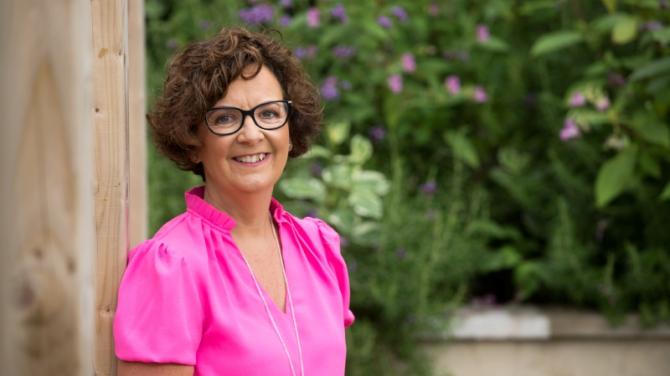 WITH Breast Cancer Awareness Month beginning later this week, a Strabane woman is supporting Action Cancer’s ‘Breast Friends’ campaign urging women to get checked if they notice anything unusual.

Nurse Donna McGavigan lived in the US for over 20 years from her early 20’s where she had yearly mammograms done as both her parents died of cancer.

Her mum died of breast cancer aged 43 and Donna was devastated when, in 2018, she was diagnosed with the same illness.

Speaking of her experience as part of Action Cancer's Breast Cancer Awareness Month campaign, the 53-year-old says a regular mammogram with NI's leading local cancer charity helped save her life.

Currently only women over the age of 50 are called for regular breast screening, although younger women can go to Action Cancer.

“When I returned home to Northern Ireland to live, I was shocked to discover that the NHS didn’t screen women until they were in their 50’s," Donna explained.

"With my family history I didn’t want to wait so I was delighted to learn of Action Cancer’s screening services for women from 40 to 49.

“I have been going religiously every two years since returning from the States, with my friend Frances Jack.

"She has been my best friend for as long as I remember and I can’t think of a time when she wasn’t there in my life.

“We would go to Belfast to Action Cancer House for the screening and make a day out of it and spend the day together and go for lunch together.

“Sometimes if it was near us we would book an appointment and use the Big Bus facility which is so easy to book onto and convenient as it comes into your local vicinity.

“We never had any problems and all our mammograms were straight forward and I never worried about them. The whole process takes so little time and is nothing to worry or get anxious about."

In June 2018, Donna and Frances booked their appointments together as usual and when the day came, they went and made a day of it in Belfast.

A few days later, Donna went on holiday and admits she "didn't think about the results at all".

“When I was away a letter came very quickly from Action Cancer. My sister read it out to me over the phone. It said I would need further investigations," Donna continued.

"When I returned, I contacted Action Cancer and they told me something had been detected on my scan and I was being referred to Altnagelvin Hospital for further investigations.

“I didn’t think too much about this either as while in the US I would sometimes be called back but nothing would come of it.

“However, I went for my appointment and as a nurse alarm bells started ringing as this time I wasn’t just in and out I kept getting called for further tests.

"Frances was with me and we just looked at each other. We were there for over four hours.

“In the end they did 12 biopsies. I was called for and told by my consultant Mr Diggin that they had detected the early stages of breast cancer and there was a two millimetre lump in my left breast and then two two millimetre lumps in my right breast as well.

"Being a nurse sometimes you have too much knowledge but given my family history I decided I wanted a full mastectomy in both breasts and I told him that.

"He said it was my decision and he would go along with what I wanted."

There was a cancellation five days later and Donna agreed to go ahead, where she had a full mastectomy and a reconstruction.

After surgery additional cancer was discovered on her left breast

She continued: "I had done my research and decided I wanted to have a reconstruction with implants done at the same time.

“I am very clinical about things and once I make up my mind that’s me. I see things very black and white and decided this was the best option for me.

"After the procedure was over the consultant told me I had made a good call as he had detected another area in my left breast during surgery.

“The worst bit for me was the sickness after the surgery as I get very sick from anaesthetic.

“After that I never looked back. Two weeks later I was up and about and doing the exercises they gave me to do.

“Frances was with me at every appointment and for every stage of the journey. She was there when they gave me the news that I had breast cancer and I think she took it worse than me.

“She has been there for me throughout and I wouldn’t have coped without her support and strength."

Urging people to be aware, Donna is thankful to Action Cancer for their early screening: "Since then, several women I know have been diagnosed and we have all been there for each other.

"Friendship is a very important thing. Sometimes only someone going through the same thing knows how you are feeling and it is good to vent and say things out loud and get them off your chest and let go of things.

“It helps to just talk things over with a good friend over a cup of tea. By Christmas time I was fed up being at home and I went to see my boss to see about going back to work.

“Now life is good and I am very busy and keep active. I am so thankful to Action Cancer for their screening which at the end of the day could have saved my life.”

In 2019 they fronted the outdoor advertising campaign for Breast Friends and held a fundraising dinner, raising £3,500 for Action Cancer’s breast screening service.

Action Cancer is calling on members of the public to back this year’s Breast Friends campaign taking place this October which is asking friends, family and loved ones to come togethe in line with COVID-19 restrictions and raise vital funds for the charity.

If anyone is interested in organising a Breast Friends fundraiser this October, contact Leigh Osborne on 07928 668543 or: