Omagh bomb could have been thwarted "had police received all intelligence" 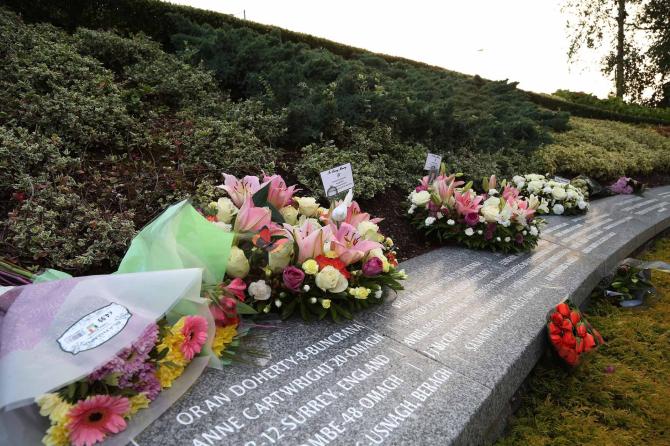 THE Omagh bombing could arguably have been thwarted if police had received all available intelligence, a High Court judge ruled today.

Mr Justice Horner held that full sharing of surveillance and mobile phone tracking evidence may have disrupted dissident republicans behind terrorist attacks in the months leading to the August 1998 outrage.

He identified a potential failure in policy at the time around a de-escalation of security "impaired by political thinking".

Setting out reasons for finding there should be a new investigation into the atrocity, the judge said it was also arguable that a tip-off from an undercover British agent could have contributed to the chances of averting the explosion.

He declared: "I am satisfied that (these) grounds, when considered separately or together, give rise to plausible arguments that there was a real prospect of preventing the Omagh bombing."

The verdict came in a bereaved father's eight-year legal battle against the British Government for refusing to hold a public inquiry into the Real IRA outrage.

Michael Gallagher's 21-year-old son Aiden was among 29 people, including a woman pregnant with twins, who died in the blast.

No-one has ever been held criminally responsible for the attack which inflicted the greatest single loss of life during the Troubles in Northern Ireland.

Proceedings centred on claims that a range of intelligence from British security agents, MI5 and RUC officers could have been drawn together to foil the car bomb plot.

In July Mr Justice Horner called for fresh investigations on both sides of the border, identifying a legal duty under Article 2 of the European Convention on Human Rights (ECHR).

Although part of his judgment remains under lock and key for security reasons, detailed reasons were provided today in open court.

Stressing this not a conclusive finding that the Omagh bomb could have been avoided, he focused on efforts by the security services to monitor dissident republican activity.

A "fluid" situation of co-operation between the Real IRA and Continuity IRA factions existed at the time.

In the six months leading up to the atrocity there were 24 attacks by dissident terrorists at locations across Northern Ireland.

His lawyers also focused on the tracking and pattern of telephone calls by rogue republicans, including the same mobile being used in Omagh and an attack in Banbridge two weeks earlier.

Information about phone activity from a series of numbers in that period was not made available to the RUC prior to the atrocity, the court heard.

Nor was a satisfactory explanation given for not carrying out cell-site analysis at an earlier stage, which could allegedly have alerted the authorities to a real and immediate risk of Omagh being targeted.