£177,000 funding for City of Derry Airport to promote air routes 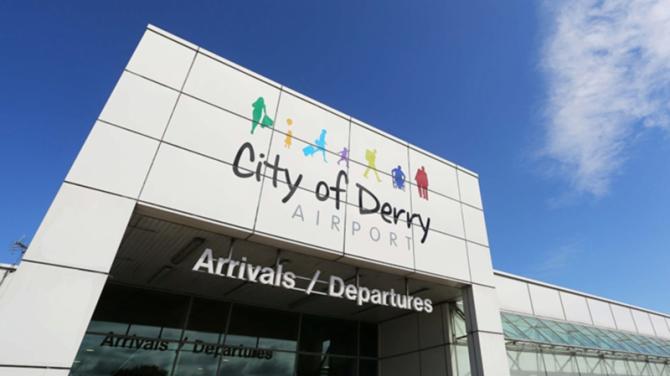 MEMBERS of Derry City and Strabane District Council's Business and Culture Committee has approved funding of £177,000 from within the North West Air Access Consortium Fund to assist in the promotion of new and existing air routes following the pandemic.

In 2019, with a view to reducing costs and economies of scale with council advertising activity, a sum of £105,000 was approved from the fund for airport general marketing activities for 2019/20 and 2020/21.

During this time, the airport has been working with minimal baseline advertising budgets from within the annual subvention allocation and the remaining funding pot unallocated after this £105,000 approval is £177,000 which sits as a ring-fenced sum within council reserves.

Members were told that as we emerge from the pandemic "this is a critical time" to access the remainder of the fund which will allow opportunities within the next 12 to 18 months to be maximised.

Continuous marketing efforts will now be required to ensure the success of existing routes as the post pandemic recovery evolves, new behaviours are established and the industry shapes up to new opportunities.

Members voted (eight for and three abstentions) in favour of approving the release of the £177,000 balance of funding from within the North West Air Access Consortium Fund.

SDLP councillor Rory Farrell said: “We as a party fully support Derry City airport and we fully support any plans to maximise the airport to drive economic growth in the North West of Ireland.”

The matter will go forward to be ratified at tomorrow's (Thursday) monthly meeting of the local authority.