Victims swindled out of thousands of pounds in scams 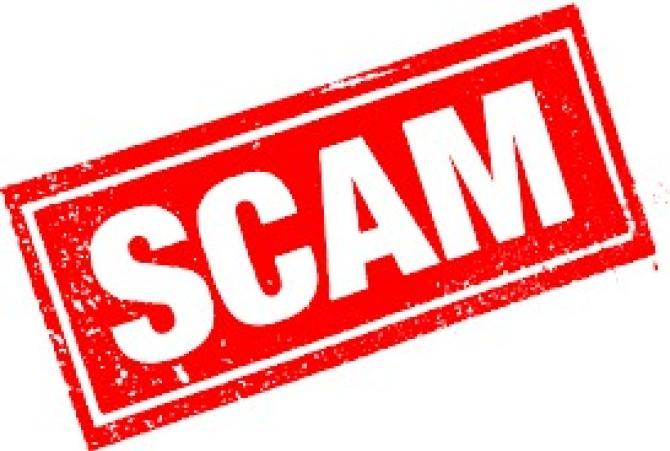 POLICE in Strabane are warning the public to be aware of scammers amid reports that fraudsters have swindled local people out of thousands of pounds in recent weeks.

The warning comes after the PSNI revealed that it had received several reports of a spate of scams across the wider Strabane district.

In separate telephone scam incidents, frausters stole over £3,000 from one victim and over £1,000 from someone else.
According to police, one person was contacted by a store credit card representative alleging that the credit limit on the card had been exceeded.

It turns out the individual thought a text message received the previous week asking for personal details to be updated was genuine.

However this was fraudsters who then used that information to make purchases totalling over £3,000.

Strabane PSNI Chief Inspector Clive Beatty says that since lockdown such scams have been on the increase.

He also warned that fraudsters will go to any length to scam people out of money and you might think it might never happen to you, but it can.

He is urging local people - particularly the elderly and vulnerable - to be on their guard against opportunistic criminals.

"We have seen a steady increase in telephone scams in particular. They are not sophisticated scams, they are quite crude and they are just playing on people's vulnerabilities," the officer said.

"Fraudsters are very convincing people. They are asking simple questions and they are able to illicit key details from people over the phone.

"And when you put the fear in someone that drops their guard and then they start giving over that personal information to the fraudster who is literally sitting on a computer typing in bank account details and the money is gone before you even put the phone down at times."

Chief Inspector Beatty revealed that in another case a person was conned into purchasing over £1,000 worth of iTunes vouchers which were then used by scammers to buy goods online.

Other frequent types of scams involve the caller being fooled into believing that they are being contacted by an internet provider representative who requires access to their computer or laptop to “fix a problem”.

The other notable one is people being threatened with arrest due to an outstanding fine or warrant, while email and text message scams are also becoming more prevalent.

Police say it's important for people to remember that internet service providers will never call out of the blue asking for access to a computer or devices or to download software, nor will bank's call asking for personal details.

"The best way to prevent this type of crime is to not give your personal details out on the phone to a person you do not know, it's as simple as that," Chief Inspector Beatty added.