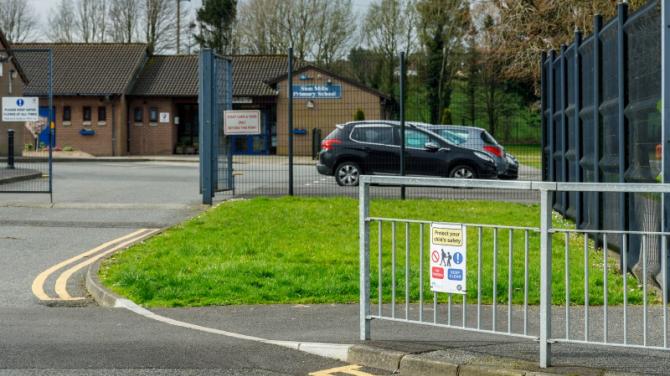 SEVEN options have been explored as part of plans to construct a new 'pick up and set down' area in a bid to ease traffic congestion at a local school.

Sion Mills Primary School has been campaigning for several years for an end to inconsiderate parking outside the gates, amid concerns a child may be seriously hurt.

In 2019 pupils hosted an innovative hustings event with the then council election candidates and implored them to help resolve the parking ‘chaos’ at their school gates.

They outlined the lack of a safe pick-up/drop-off area at the gates as their main concern.

At the time, the daily situation was described as a “ticking time bomb”.

A number of additional measures have been implemented since in a bid to discourage cars parking at the school gates including double yellow lines, new railings and signage.

But ultimately, it is the provision of the new pick up/drop off zone that the school feels will solve the parking woes.

She revealed that a business case is due to be completed later this year, with seven options identified in a feasability study.

"The Education Authority (EA) had expected to be in a position to have the business case completed in April 2021 for the minor works scheme at Sion Mills Primary School to deliver a pick-up/set-down area," the Minister advised.

"They have however advised me that this work is now expected to be completed by December 2021.

"Seven options have been explored in the feasibility report which has extended the expected timeframe for completion of the business case."