GPs used as 'scapegoats' during pandemic 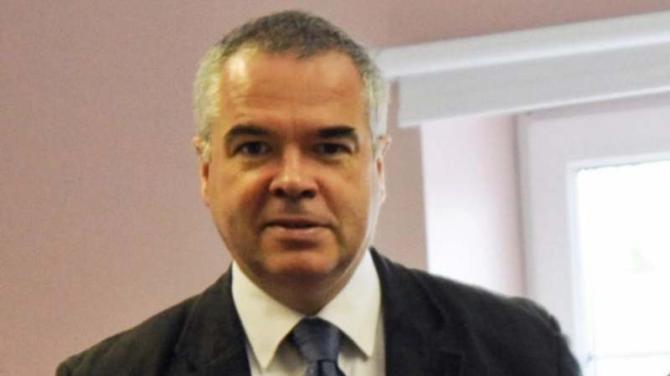 GPs have been used as a 'scapegoat' during the pandemic, according to a West Tyrone-based GP who strongly rejects accusations that patients are unable to secure face-to-face appointments.

Dr Brendan O'Hare was commenting following a statement released by West Sinn Féin Tyrone MLA., Maolíosa McHugh, who expressed concerns "around the issue of local patients with serious and life-threatening conditions going undiagnosed or being misdiagnosed due to the continuing inability of patients to access face to face assessments with their GPs".

Speaking at 12 noon on Friday, Dr O'Hare's practice in Newtownstewart already had over 60 patients in for a face-to-face consultation. As well as a number of telephone consultations, two home visits were also made.

"I can only speak for our practice, but right through the pandemic, we have been seeing patients face-to-face," he said.

"I am clear in my mind that that has been our practice, with the possible exception of the early days - back March to June 2000 - when there was a very high fear factor.

"I have had patients who are passing blood when they are going to the toilet and I am doing red-flag referral for a camera test to look at their bowel, but the waiting emergency list for that is five to six months.

"Someone could see me today who is operable and curable, but in six months' time they could have liver secondaries and will be faced with chemotherapy.

"GPs are being scapegoated over this. One of the reasons that we are being swamped is because there are so many people on enormous waiting lists - for five or six years - for hip, knee and other operations, who are coming here in tears because no one will sort them out surgically.

"We are doing our level best and it is a very unfair and inaccurate accusation that is being made against us - certainly in our practice, I cannot speak for others."

"One of the issues practices were faced with in the past is that there was absolutely no barrier in making an appointment," he said.

"A not-insignificant cohort of patients were making up to 50 or 60 appointments per year with doctors and nurses - they appeared to have a very low threshold in deciding to see the doctor, they were really block-booking the surgery and others had difficulty getting in.

"Under the new system, that has been stopped. The biggest advantage for me is that everyone who I needed to see has been seen today. There is none of this three or four-week waiting list.

"A huge number of people who used to come here gave up a half-day in work, or had to sort out childcare, and they have now discovered that a fairly straightforward issue can be addressed over the phone in minutes. It's a much more efficient service and if operated correctly, it's a very safe service.

"People need to be very careful - don't throw the baby out with the bathwater - because there are major advantages to this, and we shouldn't lose them all when the Covid-19 pandemic eventually ends."

The local MLA said: “Increasingly we are being relayed heartrending accounts of local patients with serious and life-threatening conditions being left undiagnosed or being misdiagnosed due to being unable to access face-to face assessments with their GPs.

“I believe that early diagnosis is crucial in limiting the potential escalation in treatment and care that patients many need when left undiagnosed or misdiagnosed.

“Peoples’ inability to access appropriate assessments and treatments and Primary Care level is, in turn, piling additional pressures onto our already swamped A&Es and hospital wards.

“I have therefore submitted priority written questions to the Health Minister asking him what plans are in place, or are being developed, to increase capacity in Primary Care across all health trust areas."

Meanwhile, a small and peaceful protest was staged outside Mourneside Medical Centre last Tuesday, with local people calling for face-to-face access to their GPs.

Due to the pandemic, GP systems have been overhauled in a bid to prevent the spread of infection, with most consultations now taking place on the phone.

But now as restrictions ease, patients say they want to be able to see their doctor in the usual way.