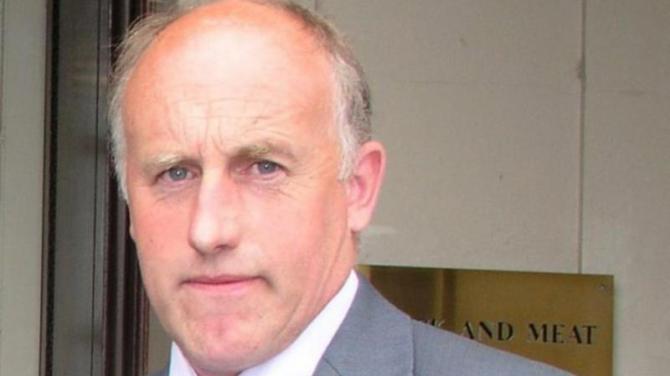 Members were told of the importance of the Northern Ireland Farm Welfare Bill which will help protect the interests of family farmers.

Council will now write to the Agriculture Committee to express support for the Bill.

Mr Taylor said: “We are trying to get fairness for farmers across the UK and further afield. We come to the conclusion that as far as the environment is concerned family farmers are key to maintaining that and we do not want to see factory farms emerging and we already have enough of a hint of those in Northern Ireland currently, therefore the urgency for our legislation bill which is currently with the Agricultural Committee at Stormont.

“The Northern Ireland Farm Welfare Bill seeks, if enacted, to make it law that farmers have to be paid a minimum of the cost of production, inflation linked plus a margin for their produce.

“According to the Gosling Report in 2016 this would create 10,000 to 12,000 jobs in Northern Ireland and it would also retain a lot more money in the economy.

“The problem for family farmers is being able to deliver on the environment and regeneration, they need income to do this and we are all very conscious of the pressures on family farmers.”

Mr Taylor added: “The last statistic we had and then the UK government shot the messenger, was in 2013 that 25 per cent of farming families across these islands were living below the poverty line.

"That’s quite a stark figure and we would maintain that it’s worse now.

“Remember that 60 per cent of our family farmers in Northern Ireland are part time, this has carried them through until now but it’s getting harder and harder.

"The average family farmer’s income would need to rise by about 60 per cent to get them where the proper cost of production should be and that’s what the Bill seeks to do.”

Mr Taylor explained that currently the Agricultural Committee has put three legal questions to the group to be answered which their legal representatives are addressing.

However, the Bill is not expected to go forward between now and next May’s elections.

People Before Profit Councillor Maeve O’Neill spoke of how she was impressed with the group because "you look for future proof solutions for farming".

She said: “It’s really important to look at the future of agriculture in the lens of a climate crisis that we are facing.

Councillor O’Neill proposed that council write a letter in support of the Bill before adding how surprised she was to hear how many farmers were living below the poverty line.

‘Farmers are subsidising the cost of our food by working part time,” she added. “The massive profits corporations are making is absolutely shocking.

"All farmers are looking for is a fair and decent living wage and that enables farmers, instead of scraping by, it enables them to invest and future proof their farms.”

“There is an acceptance that climate change is here. Climate change is having a dramatic impact on those who rely on the land to earn a living and I’m hearing there is a sense of urgency that action needs to be taken to try and reduce our carbon footprint.”

Councillors voted unanimously in favour of the proposal to express support of the Bill.