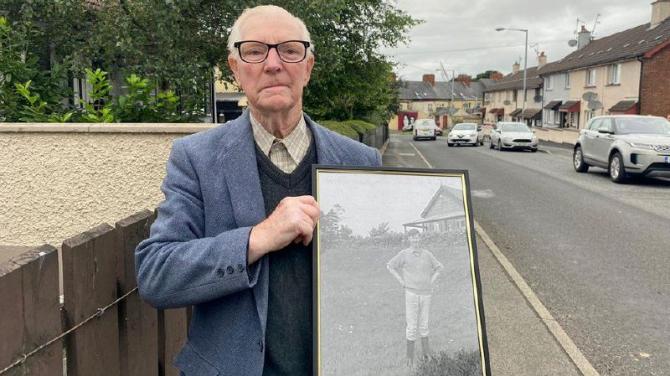 FAMILIES of the Time for Truth campaign will hold a National Day of Action this Saturday.

Locally, a picket is taking place at the Tinnies site on Lifford Road.

It has been organised by the families of the Time for Truth campaign to show opposition to the British government’s proposals outlined in the Command Paper on Legacy.

Locals are being asked stand with the families this Saturday with the picket taking place at noon.

Among those who will be taking part is Sammy McDevitt, brother of Eamon McDevitt.

The 28 year-old, who was deaf and could not speak, was shot dead by the British Army 50 years ago on Fountain Street in the Head of the Town area following an anti-internment march in the town on August 18, 1971.

It was the first fatal shooting of a civilian in Strabane during the Troubles.

At a vigil last month to mark the 50th anniversary of his brother's killing, Mr McDevitt, called for an apology from the government.

He said his family "have been made to suffer for decades waiting on justice" but would not accept an "empty apology".

Speaking ahead of Saturday's event, he said: "The British government are pushing for amnesty for their soldiers who murdered innocent people like my brother Eamon on our streets.

"This shows nothing but contempt for families like ours. It cannot be allowed to happen.

‘’We want an apology for Eamon’s death but we cannot accept an apology in place of justice.

"’I have spent 50 years fighting for justice and I will continue to do so. We the families of the Time for Truth Campaign oppose the British government’s legacy proposals.‘

"I call on the people of Strabane to join us on Saturday 25 as we stand up for the truth and justice’."

"The proposed British government’s amnesty would prevent prosecutions for conflict-related offences and close down both present and future police and Police Ombudsman investigations, civil actions and legacy inquests," he said.‘