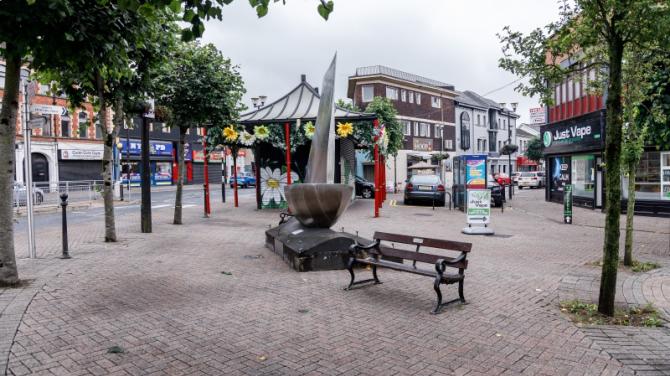 WITH business at Derry City and Strabane District Council now resumed following the summer recess, a local councillor says he will be putting the pressure on for council to set a date for a walking tour of the Strabane and Castlederg areas.

Council officers and elected representatives are due to visit the areas to ascertain for themselves that there is disproportionate funding across the district council area.

It follows a motion tabled by Strabane independent councillor Raymond Barr at the last full monthly meeting before the council recess.

It stated: "I would like to request the chief executive organise a walking tour of Strabane and Castlederg to allow, in particular, the Derry City-based councillors and Aldermen to view and form their own opinions on whether areas within the council district such as these are subject to disproportionate funding from within council compared to Derry City."

Councillor Barr says that he now intends to contact council chief John Kelpie with a view to getting a date set in stone for the walking tour.

"When I first decided to put myself forward for council, my main motivation was the belief that Strabane was not getting a fair crack of the whip when it came to investment," he said.

"Now, after two years in council, I can say that belief has been reinforced and it's also the belief of the vast majority of ratepayers in Strabane and other rural areas that I have spoken to."

Referencing a response from council in February 2017 in reply to a local lady querying what plans council had for Strabane, councillor Barr said some of the mooted projects had not been actioned.

These include plans in 2017/2018 to develop a Play Plan so that the play park provision in the town is improved.

"Nothing tangible has happened on that front. The play park situation in Strabane is dire," he said.

Plans for a feasability study and initial design costing for a town centre footbridge and public realm development, as well as the advancement to develop a sport and leisure complex in Strabane town centre with an estimated value of £10m, were also mentioned in the missive

Councillor Barr continued: "Two of these projects are to be funded by the City Deal however when this query was made, the City Deal was not in the pipeline. The public realm works planned for the town are, I believe, imminent and not before time. Our footpaths are a mess...The paving on Main Street is like a skating rink when wet resulting in many more people falling, particularly elderly people.

"Weeds are rampant in the town centre and beyond. We have not got a park in Strabane. Our greenway would never have been accepted as a greenway in Derry.

"Part of it runs alongside the most heavily polluted, congested road in the town and a substantial portion comes literally just through the streets and along the rat-infested Waterwall.

"The river walkway which was damaged in the flooding of 2017 has never been repaired and is one of the areas I want council to visit.

"We are blessed to have a river run through our town.

“This river should be the focal point of our town. This is where we should have had a greenway.

"The river should be developed to its full potential. Instead it's a mess."

The Sperrin councillor said the potential for rural areas of the district to attract tourists is equally not being utilised.

"I feel we are even struggling to get the basic amenities we are entitled to despite the rates we pay," he continued.

"We are top of the council areas when it comes to rates yet we live in the most deprived area. Our rates have risen approximately £105 in the past five years.

"We are now being told that festival funding for St Patrick's Day and the Christmas Fair is dependent on the BID initiative being accepted for further five years. This is not right.

"When you consider in Derry that events like the Jazz Festival are funded by rates, our festival funding should not be dependent on a levy on businesses.

"When I see the investment that goes into St Columb's Park, Brooke Park, see the river walk from Foyle to Carrigans, the proposed new greenway from Muff to Derry, I commend this but I'm also angry

"It would be great to have a walkway/cycling route from Strabane to Derry or Strabane to Newtownstewart but that's a pipe dream as far as we are concerned.

"As I said before, Strabane has been reared on a lifetime of promises, promises of jobs, promises of investment and we see nothing.

"It's not good enough. Strabane reeks of neglect and under-investment."