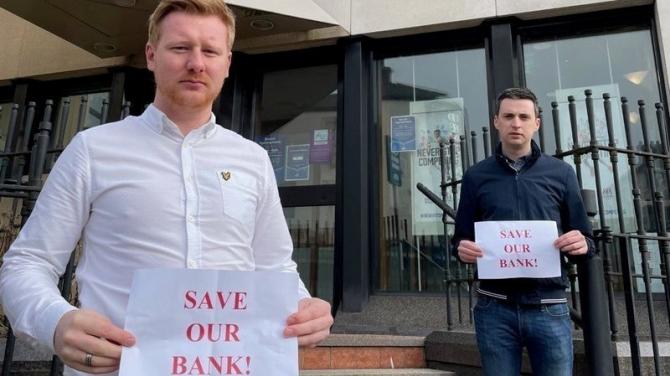 BANK of Ireland (BoI) has confirming its Strabane branch this October, despite fierce opposition.

Back in March it was confirmed that the bank in the town is one of 15 out of 28 branches across Northern Ireland that had been earmarked for closure with 103 branches in total across the island of Ireland to close.

BoI said the decision had been made in response to significant and accelerating trends in how people are banking.

West Tyrone SDLP MLA., Daniel McCrossan, who had urged the bank to rethink its decision given its own assessment of how customers will be impacted, described the confirmed closure as "terrible news".

According to the bank's own impact assessment, around one-in-three customers across those branches due to close are still not digitally active, with the statistics ranging from 29 per cent to 40 per cent.

“This is not cuts to balance the books. The Bank of Ireland made £50million last year and £166million in 2019," Mr McCrossan said.

Mr McCrossan's party had launched a campaign to save the Abercorn Square bank from closure, including a petition, but the bank says it will close its operations on October 6.

"In the last ten years, communities across Northern Ireland seen more than half of our High Street banks disappear, with more than 100 branch closures," the local MLA added.